Collins Nil Nortey is a football coach with Generation Amazing and a former construction worker, originally from Ghana. As part of the GOALS program, Collins tells the story of growing up in Ghana, moving to Qatar for work opportunities, and his journey to become a football coach. 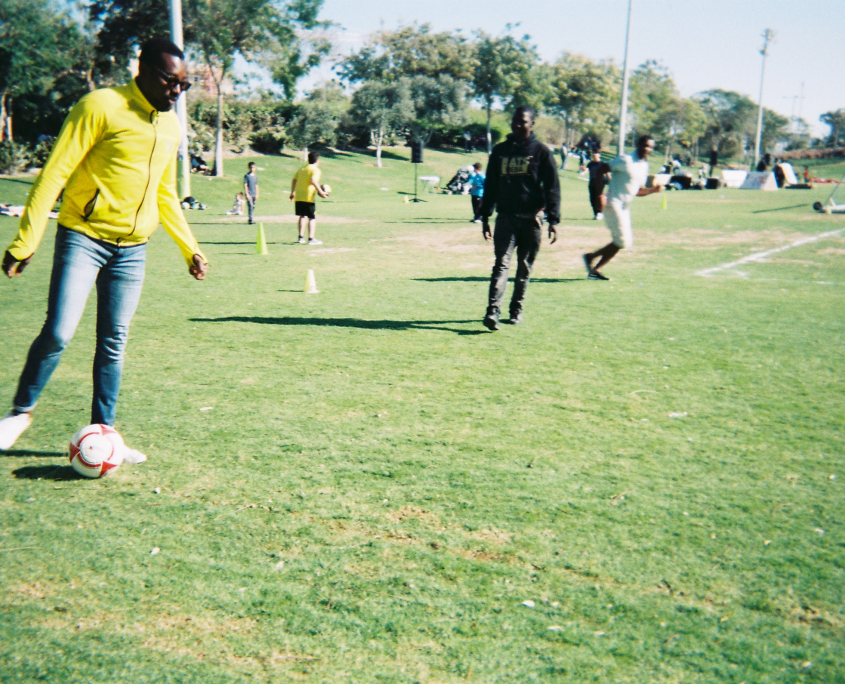 The journey of a million miles always begins with just a step.

I always dreamed of being a professional footballer. My football hero is Patrick Kluivert, the Dutch striker. His attacking instincts were incredible. I lived in a small town called Asabi in Kumasi, Ghana, and I remember watching his equalizing goal against Brazil in the 1998 World Cup. 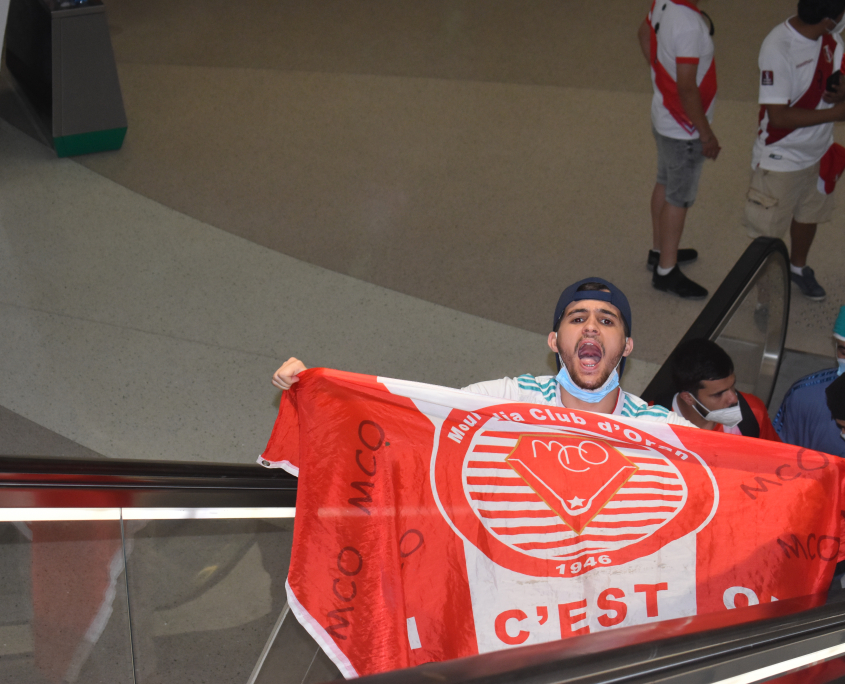 Football has always been a part of my life. Aged 13, I played for my local club called Rangers FC. I was not the best player, I was slow, and some considered me too feeble to play. Growing up was tough for me, as I was deemed to be weak due to an illness I had at birth.

I was considered slow on the ball, so I was mainly a substitute for Rangers FC, but this did not discourage me from being the person I wanted to be. In this instance, I became an assistant to the coach, making sure the equipment was ready for practice; I would be reliable and a team player.

This was a snapshot of how my childhood was until I turned 18 and things started to change. At this time, I visited my aunt in Tema, one of the biggest cities in Ghana. I stayed for two weeks, and I remember something changing in me. I felt confidence growing in who I was.

A few hours after arriving, I found a small pitch where I saw some guys playing; I went to play and returned the next day. I was allowed to play by the local guys. I felt so relaxed there and decided that this was a new era for me. It was something about the change of environment. When I returned, I felt like I could do so much more. 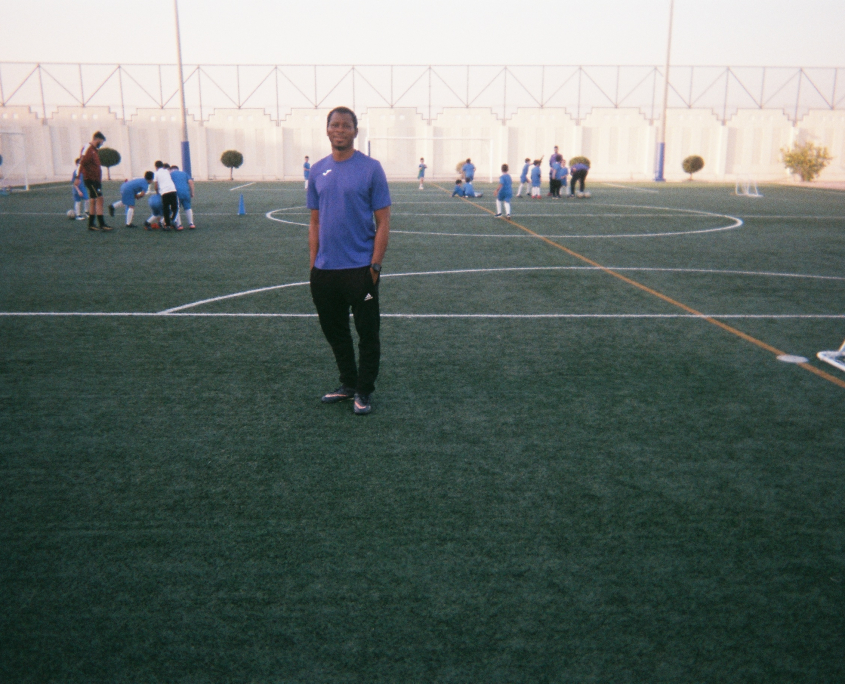 I went to senior high school a little later in my 20s. At high school, my favorite high school memory was when our school secured qualification to the Milo Championship for the first time. The Milo tournament is like a World Cup for senior high schools, and some players get selected to play in the Youth National Team.

We used to train at 4pm when my Mom would be preparing ‘fufu,’ a favorite national dish. Mom would pound cassava and plantain to get the mix just right. However, this time was the time I would train, so I would sacrifice my fresh fufu for football!

After trying without success to gain entry to a teacher’s college in Ghana, I moved to Qatar to seek new opportunities as a construction worker. For five years I was a surveying assistant and security guard with Construction and Reconstruction Engineering Company. 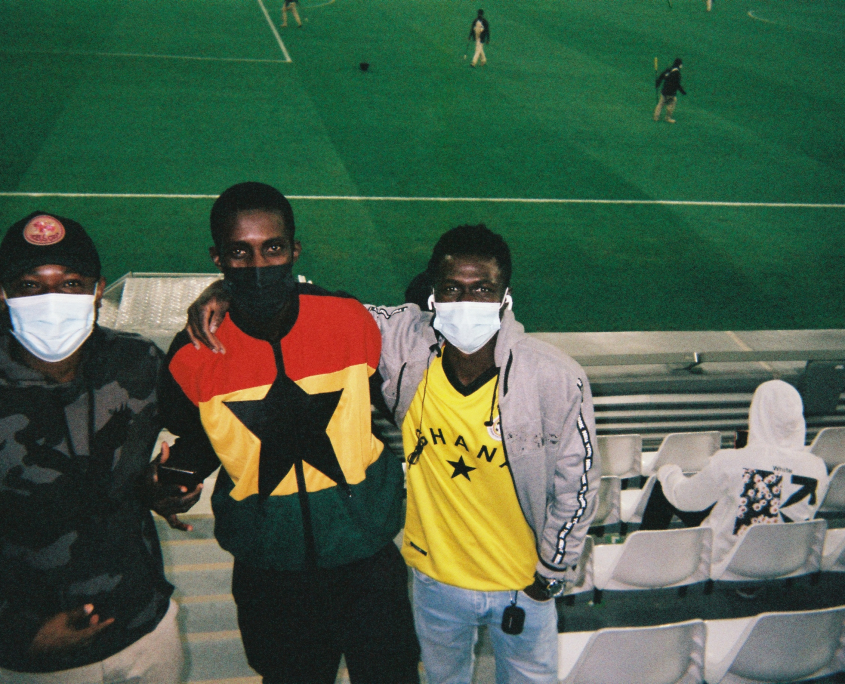 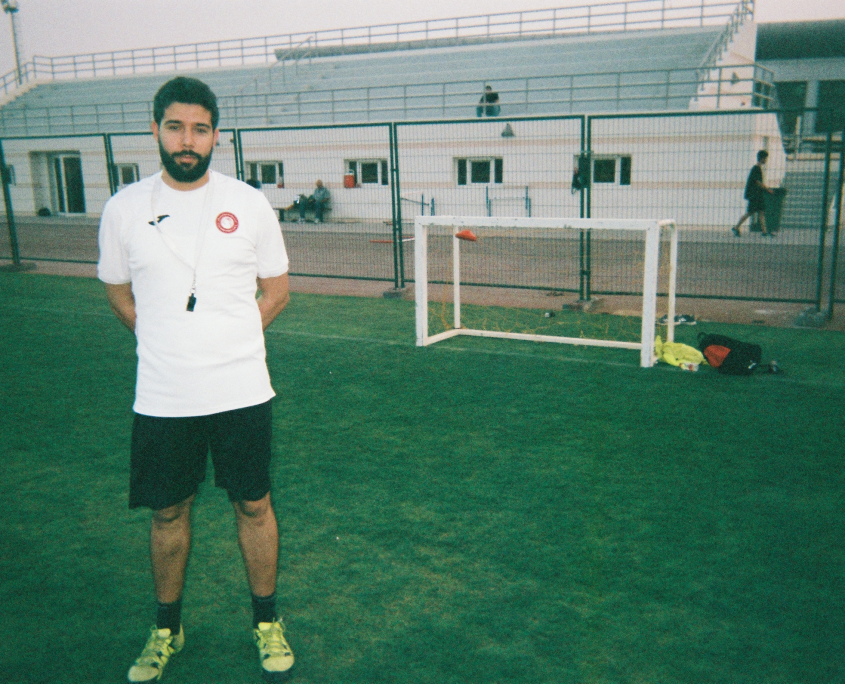 As soon as I arrived I met a fellow Ghanaian and he took me to play football at Al Khor Sports complex on weekends. It was a field for workers to play on. It was here that I got involved with Generation Amazing.

I remember the first time we met the coaches from Generation Amazing we were angry with them for kicking us off the field. However, they were so professional that they melted our anger at them. They introduced themselves, explained what they do, and took our names – and so our football journey with them began. We started playing in Generation Amazing sessions with them. 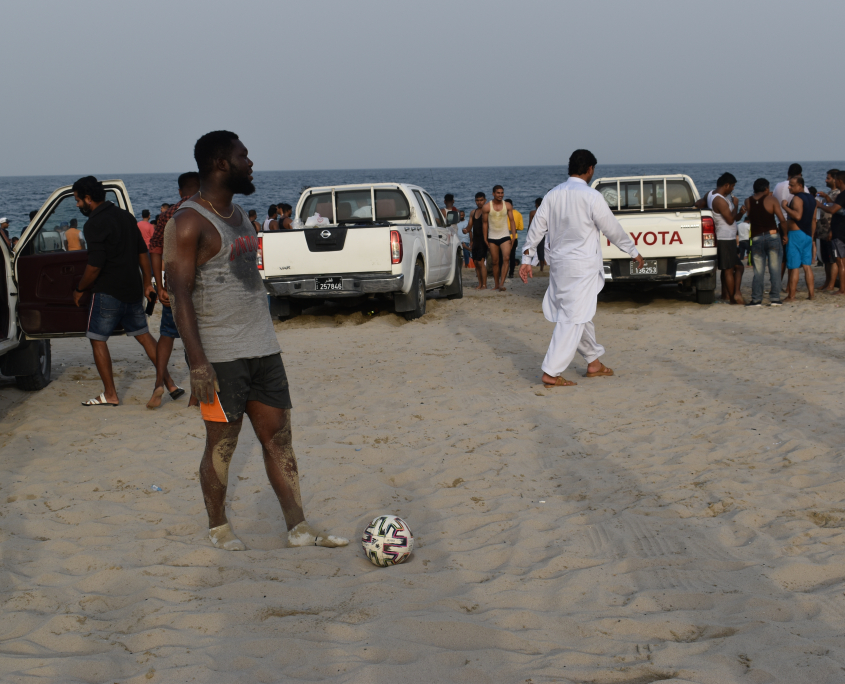 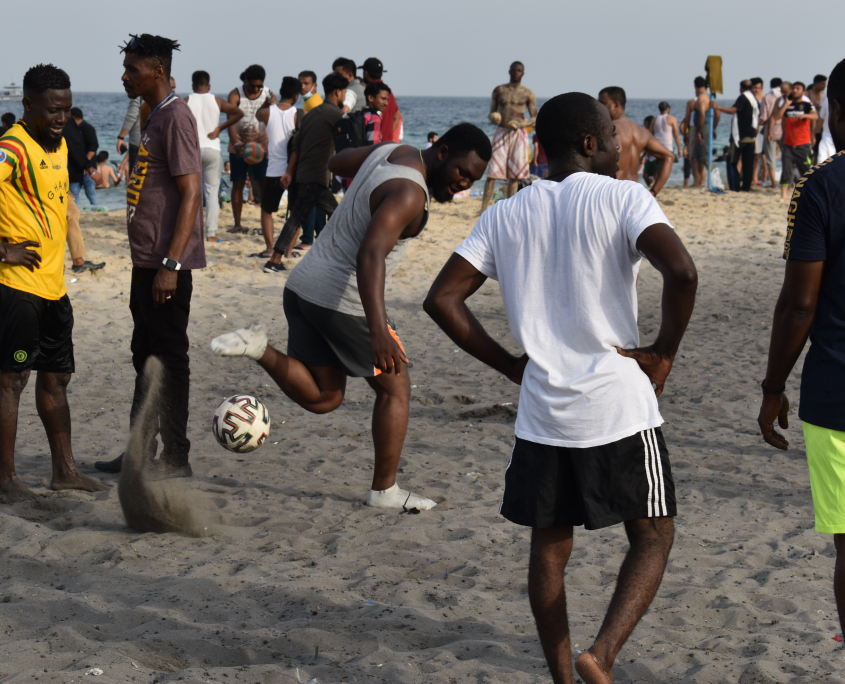 Through Generation Amazing I discovered my passion and dream. I decided to pay more attention to coaching as my future job. I broadened my mind by doing coaching courses and have now achieved my C License.

Generation Amazing creates football opportunities across Qatar and the world. I became a coach through them, and now I am an Academy coach for Generation Amazing at Al Arabi football club. I coach the Under 8s age group. Who knows, maybe I am coaching the next Ronaldinho or Messi?! My coaching style is to emphasize fun, teamwork, and dedication. 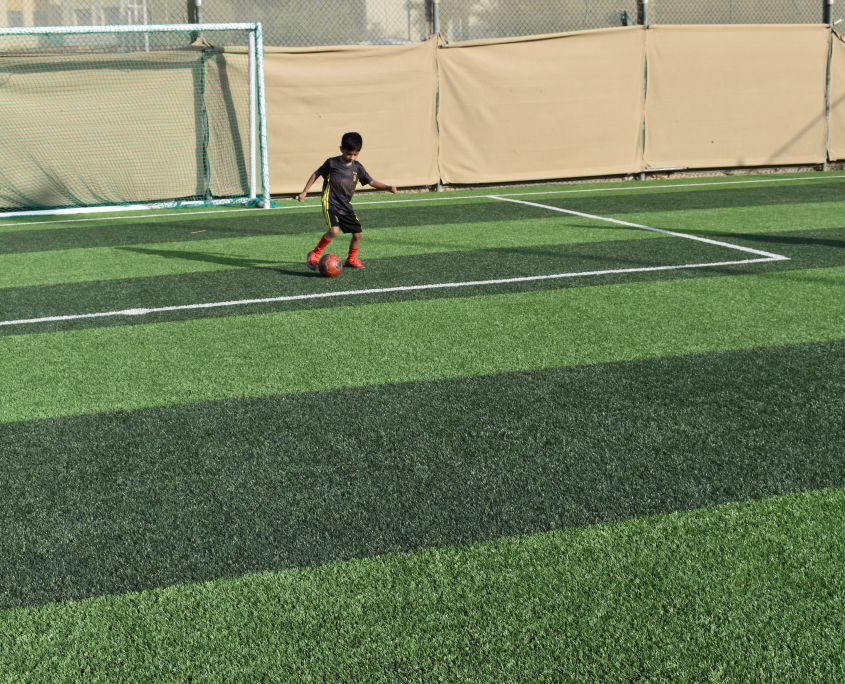 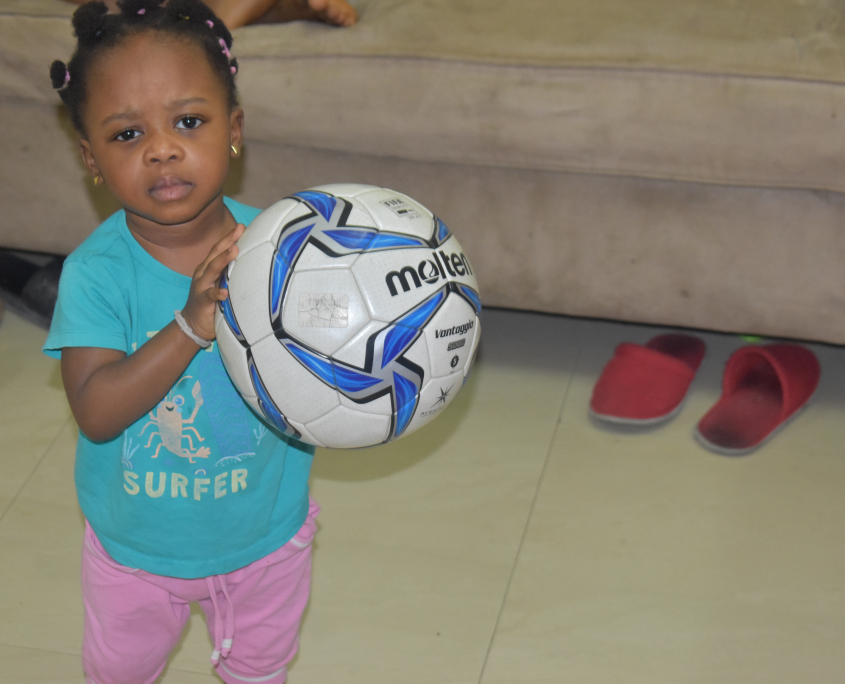 My photos represent people from all walks of life, yearning to make their dreams a reality.

My cousin’s daughter Berey Asida Nortey Marta Qadeem loves to kick the ball anywhere she sees it. She is always happy playing with the ball.

Jerry came to this country as a construction worker, but through persistence and endurance he is now a football coach and a safety consultant. It is his dream to be the next Ancelotti.

Mawu is a family friend and works at Lusail as a security guard. Even on a holiday beach outing with friends and family, he decided to exhibit a display of football skills on Sealine Beach.

I came to Qatar in 2014 as a construction worker, and now I am proud to say that I am a soccer coach! My message to everyone out there is; never give up.