Mehreen Fazal grew up between Pakistan and the UK, moving to Qatar in 2020. As part of the GOALS program, Mehreen tells the story of her football journey, volunteering with refugees at the Afghan Compound, and the changes she sees taking place in Qatar. Her photos capture Qatari football culture and life at the Afghan Compound.

*All photos featured in this article were taken by Mehreen Fazal 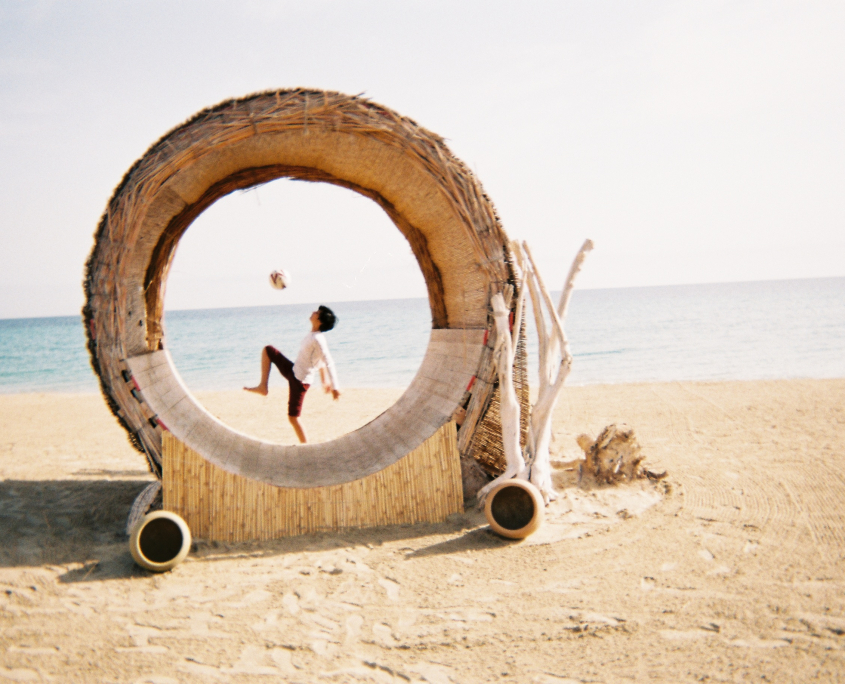 My name is Mehreen Fazal. As a British Asian woman, my relationship with football is multifaceted and has not always been positive. However, my recent experience of football culture in Qatar has reignited my passion for the game.

Nelson Mandela said that sport “has the power to unite people in a way that little else does.”

This was not always my experience. I grew up in Wolverhampton in the UK in the 1980s and 90s. As a child, like my white peers, I loved playing football. I would play football almost every day at school and in the streets until it got dark and my parents forced me inside.

However, as the only visibly Muslim family in the area, my family did not go to watch Wolves play at Molineux Stadium or Aston Villa at Villa Park like the rest of our neighbors. We did not get to share the unique experience of supporting our teams from the stands. Football was marred by racism; my parents feared we would not be welcomed and perhaps even subjected to racist abuse. 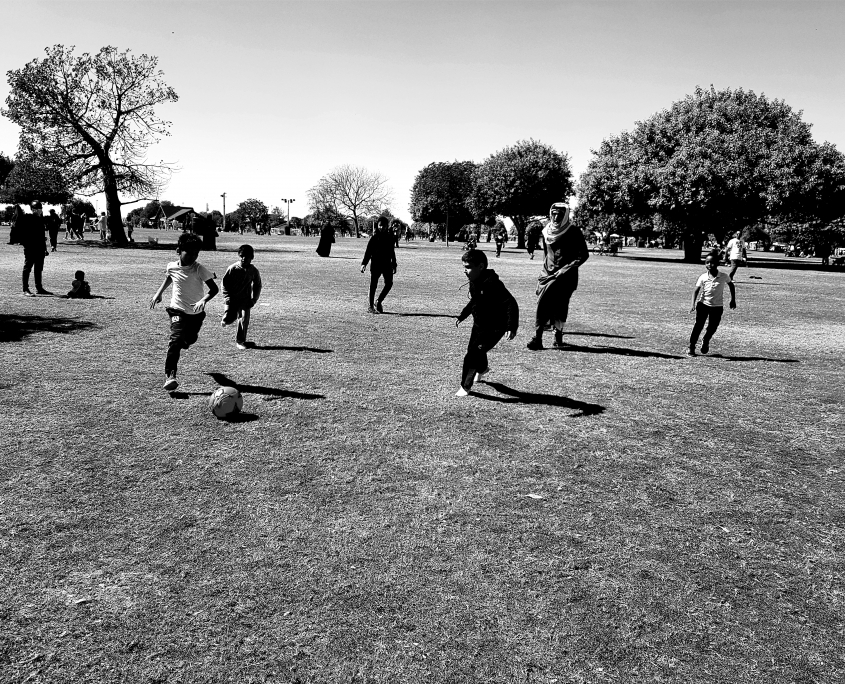 This was late 1980s UK football and it was the first time I felt my brother and I were different. I remember feeling troubled at being excluded from attending matches for fear of race-related abuse. I began to question whether my family was valued and accepted by the community in which we had built our home.

This led me to believe that football was a game reserved only for certain sectors of society, whether as a fan or player. It still makes me emotional today when I think that my father, who served the community as a doctor for over 40 years, never felt able to attend a football match in the UK.

That was my football story until my son and I moved to Qatar in 2020. A year later I finally attended my first football match, at the age of 40.

I watched Palestine play Saudi Arabia during the 2021 FIFA Arab Cup. I thoroughly enjoyed the experience and wished I had done it sooner. The atmosphere in Qatar during the Arab Cup was incredible. There were joyous scenes throughout the country, and fans from across the Arab world were out most evenings between matches enjoying the local attractions. 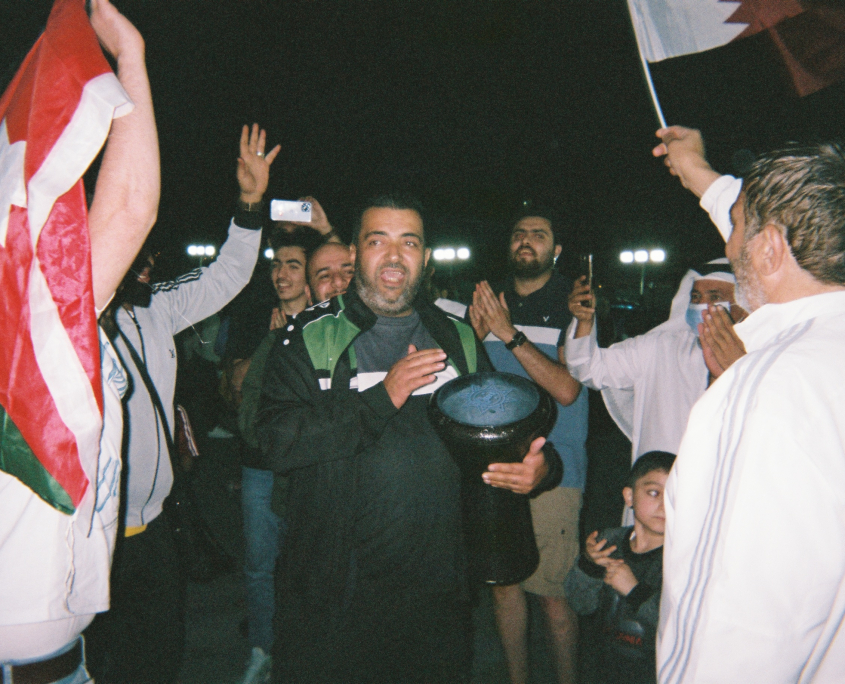 I am originally from Northern Pakistan, I am an ethnic Pashtun. We are a minority group in Pakistan.

After the Taliban takeover of Afghanistan in August, Qatar accommodated thousands of Afghans in residential compounds before they were resettled in other countries.

I have always been vocal about the plight of refugees and the dehumanisation they face while fleeing war and persecution. I jumped at the chance to volunteer at the Afghan Compound and thought I could be useful as an interpreter or to provide support given my deep understanding of local issues and culture.

When I temporarily relocated to Pakistan in my teens, I went to a girls boarding school called Sangota in an area called Swat. Some years after I left the school, the Taliban (allegedly) destroyed the school by detonating explosives. Therefore I thought I would be better positioned to connect with the refugee children on an emotional level. 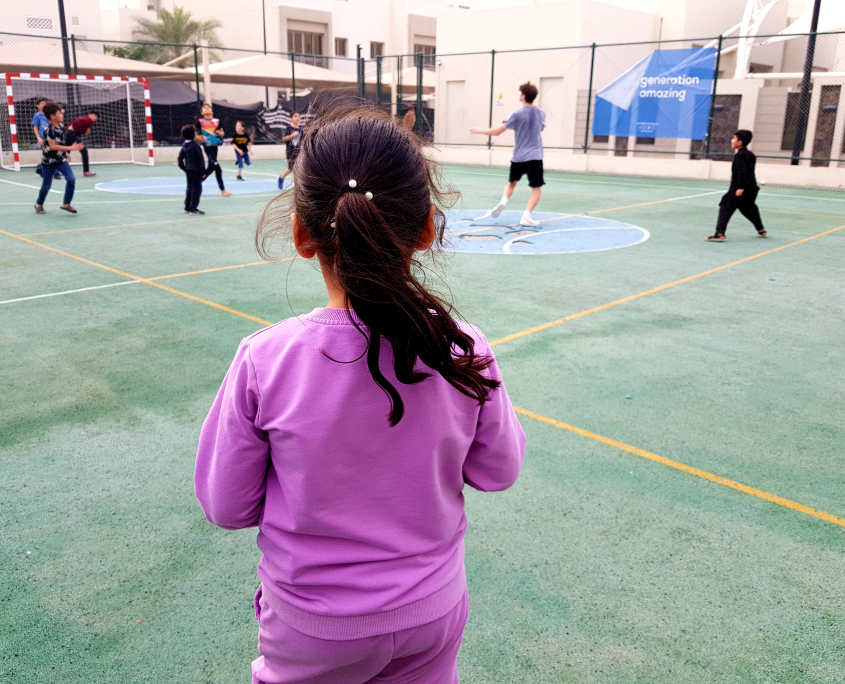 My experience as a volunteer has been life-changing. As I speak Pashto, I have developed meaningful relationships with many of the evacuees. I volunteered at the Nursery in the Compound and through this I have become aware of how crucial sports and team activities are for social change and building prosperous and inclusive communities. Play has such a huge role in the healing process for children.

It has been a unique and extraordinary opportunity to observe how the residents at the Afghan Compound have overcome immense difficulties and built friendships. They developed a sense of belonging and community through their shared love of sports, board games, art, music, and even hobbies such as knitting!

They have created a meaningful transient environment where everyone feels safe, valued, and appreciated. I believe the residents at the Compound have benefited immensely from the regular football coaching and activities organized by Qatar Foundation, Generation Amazing, and Education Above All.

Despite what they have been through, I have seen how the Afghan children are at their happiest when playing sports and interacting with the coaches and volunteers, while their parents watch proudly from the sidelines.

They have learned many important skills including teamwork, leadership, and communication through playing football, which will help them well beyond their time at the Compound. The regular access to sport and games has supported them in feeling a sense of normality after the trauma they endured in Afghanistan. 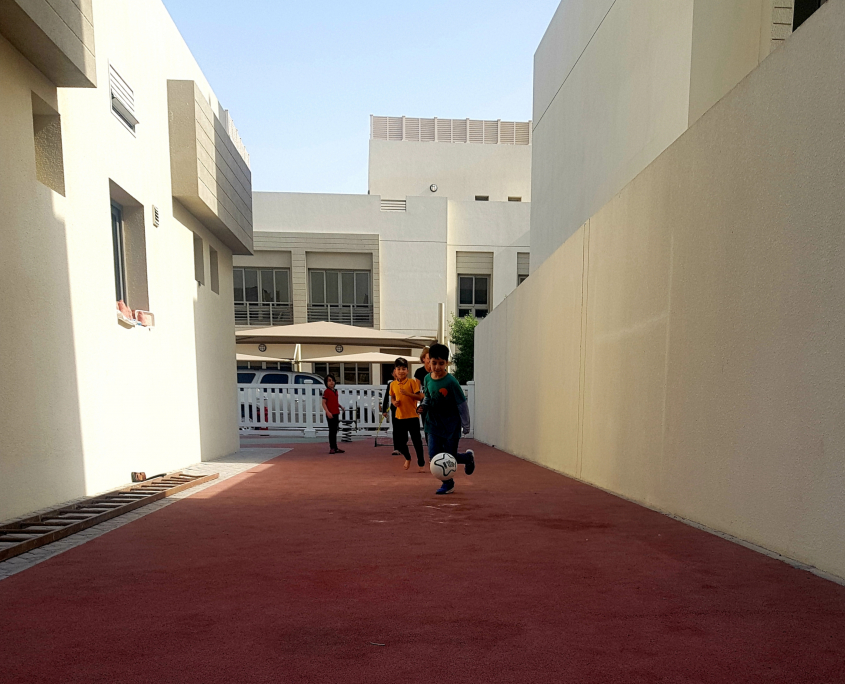 One of my fondest memories is when a small child found a ball at the supermarket. He rushed to the Nursery with a look of pure excitement, successfully recruited other children to play, and spent hours showing off their footballing skills.

We had a football coaching session for a large group of children, who were excited to play a final match before leaving for their final destinations the next day. We had to delay their leaving party as they spent so much time on the pitch! It was amazing to witness the girls taking control of the game and advising each other on the best tactics.

It has been a privilege to watch the children transform from shy and reserved to confident and happy individuals full of hope for the new life that awaits them.

I have developed a newfound respect for football and sports in general after witnessing this unique microcosm at the Compound. 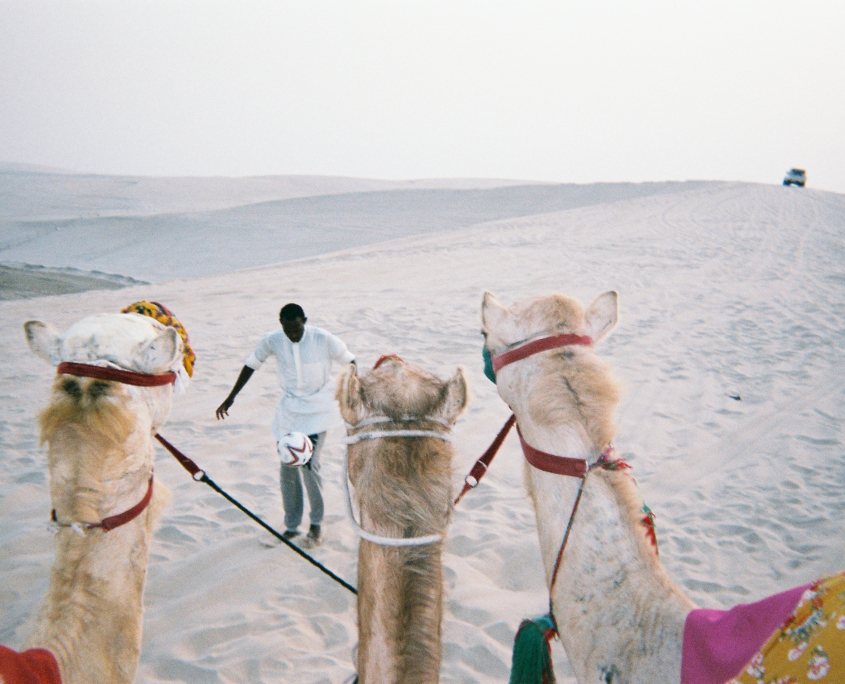 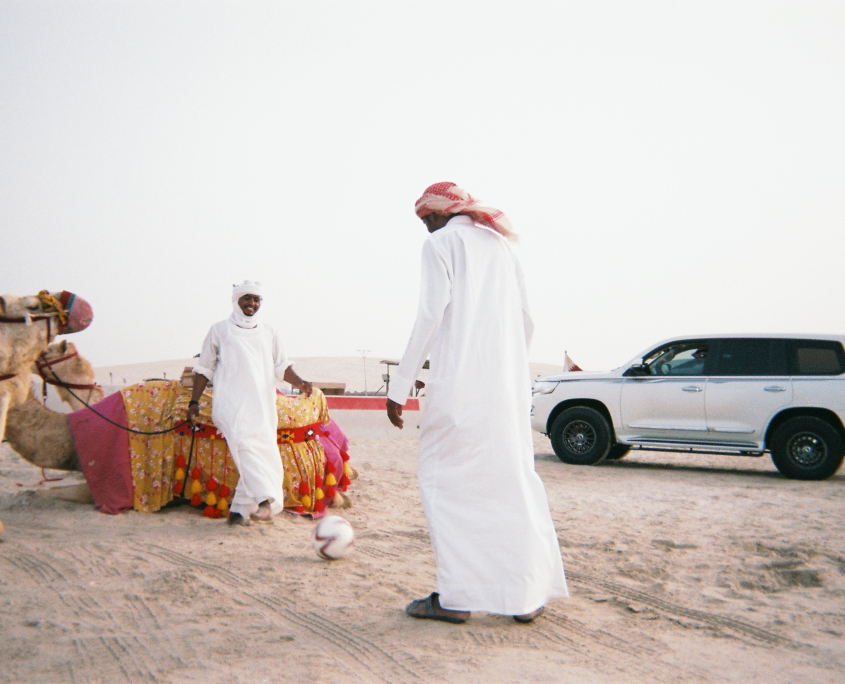 I first visited Qatar in 2007 and have been back and forth since. The transformation has been phenomenal, not only in terms of infrastructure but also in regard to community cohesion, labour reforms and human rights policies.

As with most countries, there are still outstanding issues which need to be addressed and it may take a while for some new policies to be fully implemented.

However the rapid progress Qatar has made within the past 10 years in terms of positive social reform should be recognised by the international community.

The reforms that stand out for me are the dismantling of the Kafala system and the introduction of a minimum wage of QAR 1000 per month for all private sector workers.

The Qatar World Cup 2022 has been a catalyst for positive social change and most importantly it has enabled the development of an enduring human rights legacy which should in turn influence positive social reform in the entire region.

I personally believe that Qatar has made significant progress in the area of gender equality, especially in relation to women’s participation in sport. Women are now much more visible in all areas of sport than at any time in the past.

Qatar has already made significant positive social changes within a very short space of time. Moving forward, I would like to see Qatar build on its recent progress – for positive social reforms to continue, the ambitious legacy projects to come to fruition and for Qatar to remain committed in its drive for inclusivity and embracing diversity.

Qatar has a wonderfully vibrant and diverse community. I am grateful that my youngest son has the opportunity to grow up in such a diverse, welcoming and thriving community. 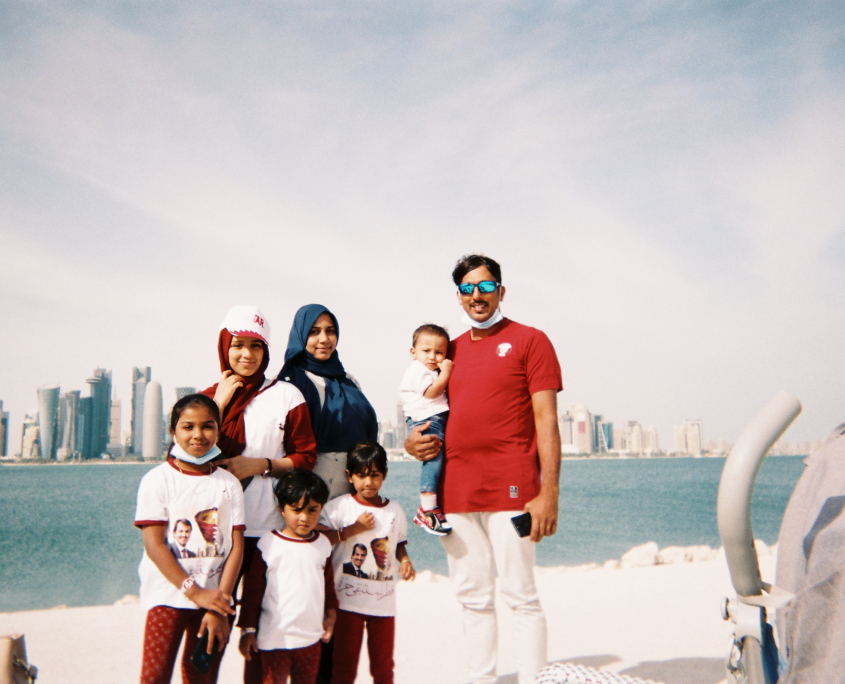 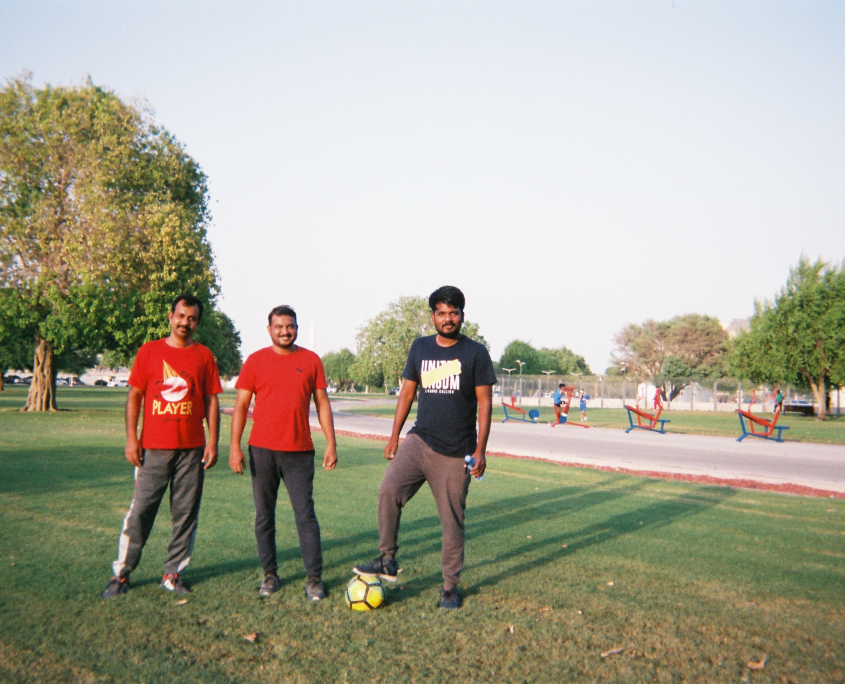 This year was the first time I observed Qatar National Day. The atmosphere was electric and it was delightful to see so many residents of various ethnic backgrounds proudly celebrating Qatar as well as their countries of origin.

The excitement for the World Cup is palpable. During my time in Qatar, I have witnessed first-hand how deep rooted the passion for football is throughout the country in every community, from the grassroots to the elite.

It has been amazing to witness individuals from such diverse backgrounds break down cultural barriers and come together over a shared love of the game. 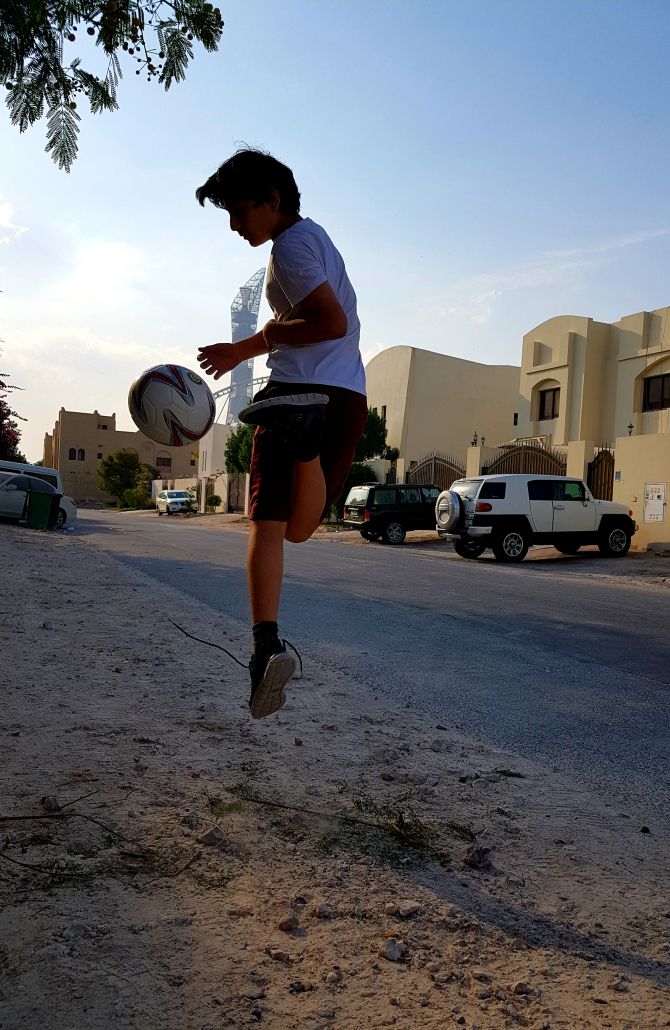 After moving to Qatar my youngest son has developed an interest in football and I now find him practising his skills and carrying a ball whenever he leaves home. He is also a keen cricket player and is a member of a local cricket team. As Qatar is home to a large South Asian population, who have a shared passion for cricket, we are hopeful that major international cricket tournaments will soon come to Qatar.

I wanted to capture photos that showed the passion and universal love for football of ordinary citizens and residents of Qatar at a grassroots level. The passion for football of the young evacuees awaiting resettlement is no different to that of local children playing football in the park after school.

On National Sports Day my family and I visited Aspire Park. An adult and child started playing football and within a few minutes, other children and adults rushed over to join in. They were all from different backgrounds, with different languages, abilities and ages, but they came together as equals.

It is safe to say that sport constitutes a fundamental part of Qatari culture. 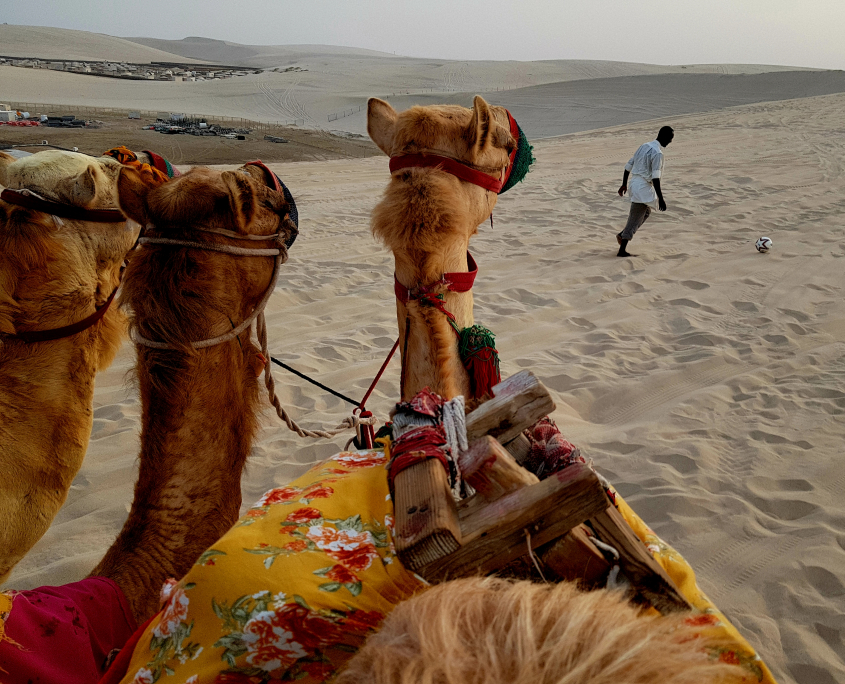 I am certain that Qatar will deliver a truly memorable World Cup and my sons and I are very excited to watch both England and Qatar play.

It will give fans from around the world an opportunity to experience the rich culture and incredibly welcoming people of Qatar. They will be able to explore traditional marketplaces, luxurious beaches, unique desert camping sites, and exquisite contemporary architecture.

I personally believe the FIFA World Cup Qatar 2022 is a real marker of progress for the game as a whole. Holding the World Cup in the Middle East will help challenge negative stereotypes and erase misconceptions. 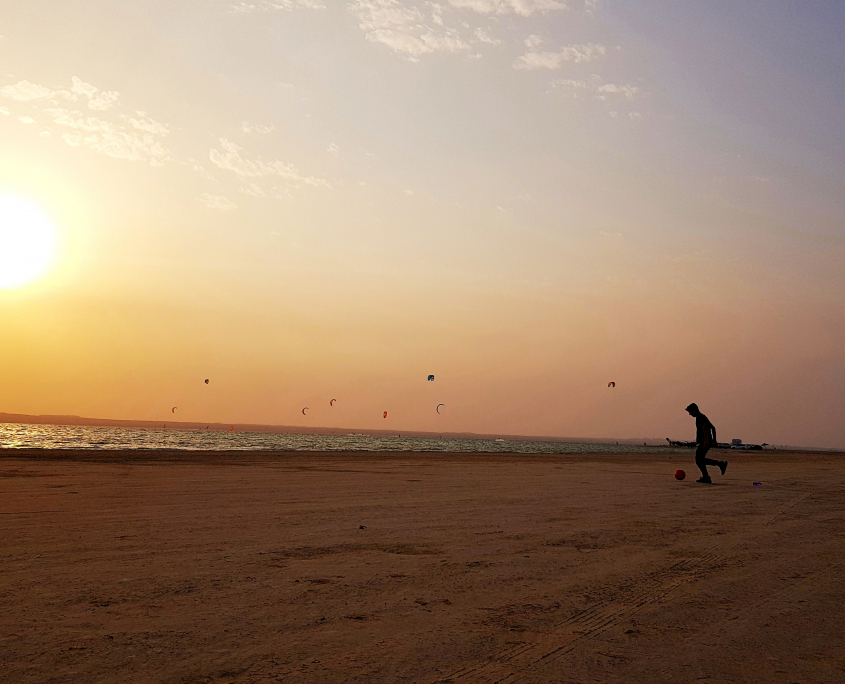 The World Cup, therefore, provides Qatar with an opportunity to shatter such stereotypes and demonstrate to the world that regardless of cultural background and religion, we all share similar universal values, and we are all more alike than we are different.

It will give fans from around the world the chance to see for themselves how warm and welcoming Qataris are and how proud they are of their wonderfully rich cultural history. I am in no doubt that experiencing what Qatar has to offer first-hand, during the first World Cup in the Middle East, will remove any preconceived notions that some visitors may initially arrive with.

It reaffirms that football is an inclusive global game, beloved by all, uniting communities irrespective of race, religion, region, culture, gender and other differences.

Qatar 2022 will send a strong message that

football belongs to the world, that there is no ‘us’ and ‘them’ in football and that we are all much more similar than we are different.