Inamul Hasan Najeem is a Workers Advocate and football coach for Generation Amazing within worker communities and works as a catering supervisor. As part of the GOALS program, he tells the story of his journey from Sri Lanka to Qatar, his coaching, and the football for development programs he set up in Sri Lanka in 2019.

*All photos featured in this article were taken by Inamul Hasan 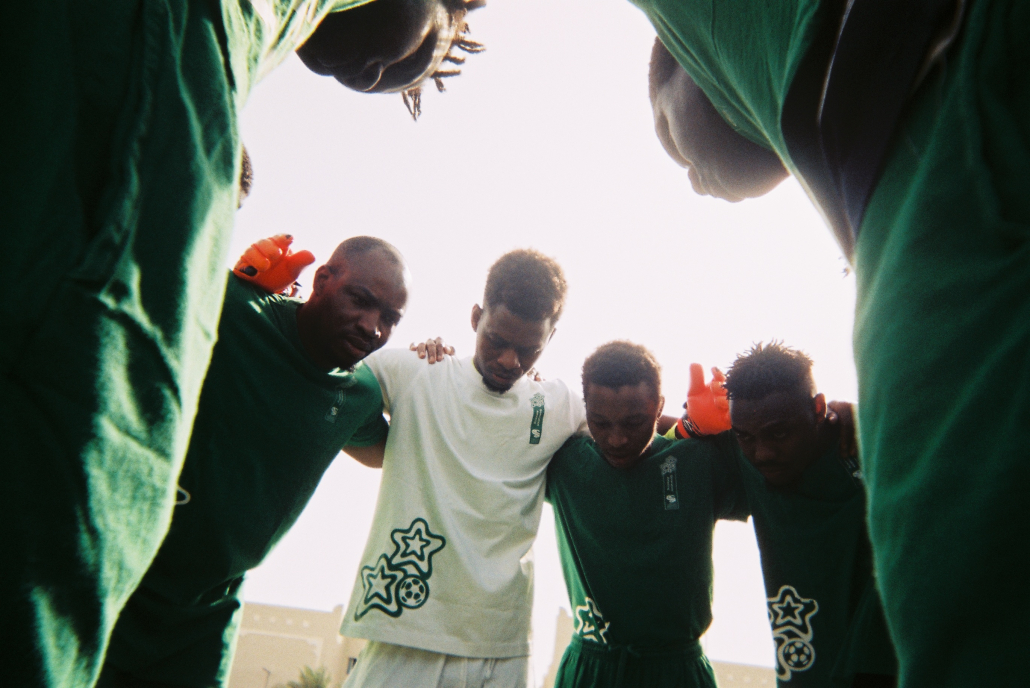 I have been living in Qatar for six years, but I come from a small village called Mutur in the Eastern Province of Sri Lanka. From the age of 13 my life was thrown into disarray.

We experienced a terrorist attack in 2002 and a tsunami in 2004. We faced a lot of struggles and problems, so we moved away from my hometown. First to Kinniya in 2002 and then to Pottuvil in 2005.

The terrorist attack was the dark day of my life. One night we were woken up by continuous knocking on our door. Terrorists surrounded our village and told us to leave. We took our belongings and fled to save our lives. We abandoned our house and were sheltering in public places like mosques.

There was a fight between the terrorists and the Army for almost 3 days. The whole time we heard rockets and we lost some of our relatives during the attack.

After the attack it was difficult to live in our village. We stayed for almost 6 months in refugee camps, where The UN and NGOs helped us. There was no more business and neighboring villagers were afraid to come to our village. So we moved to Kinniya.

Then in 2004, our house was 500m from the beach. During the tsunami I was visiting my grandma’s house. I heard people screaming and crying. I went to the road to see what was happening. I saw huge dark black waves coming towards our village.

I got scared and ran to warn my mom. We went to the school as it was the safest place. I thought we were all going to die and it was the end of the world. 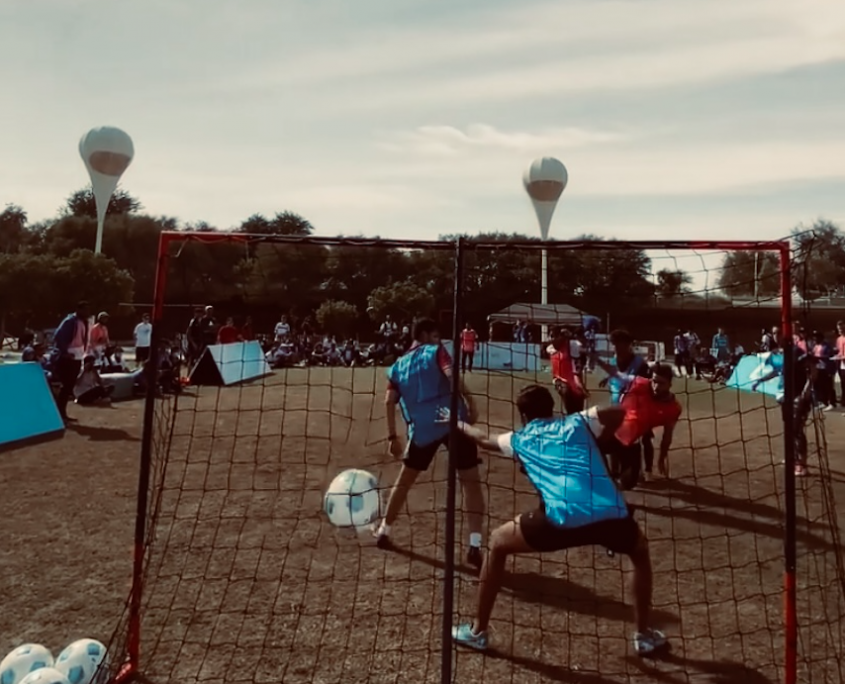 So my football journey began aged 18 after having lived in four different places and having attended five different schools. I joined a local football team in Pottuvil called Liverpool FC, named after the legendary English team, and I began to develop my skills as a football player.

When I moved to Pottuvil, I did not know anyone and my only hobby was watching football games in the playground. At one point I asked the boys if I could play football with them. They introduced me to their coach and he welcomed me to Liverpool FC.

This team helped me to escape from the misery in my life. It was more than a club, we became family. I enjoyed every day while playing with them. 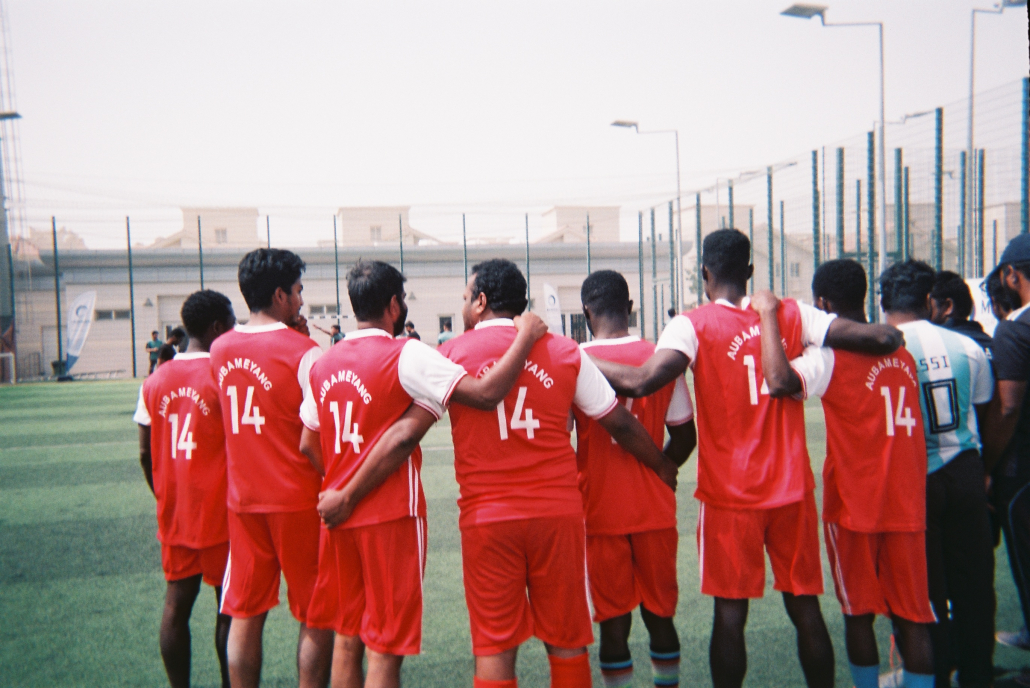 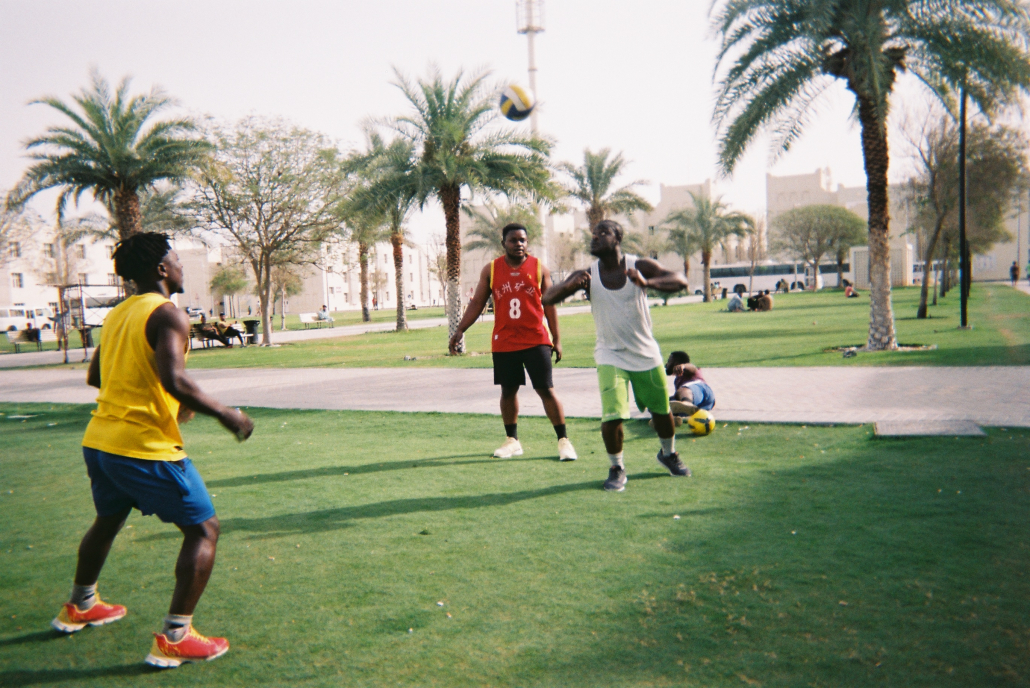 In early 2016 I got the chance to move to Doha. I was looking for a job to support my family. I got a job offer from a company as a catering supervisor in Qatar.

At the start, I missed my country. I missed my family very much, especially my little sister.

But then something life-changing happened. On 14 May 2016, the Supreme Committee for Delivery & Legacy (SC) started the Generation Amazing pilot programme. I got the chance to play football regularly.

Every Friday we played football and learned new skills – not just football skills but also skills in communication, teamwork, listening and leadership.

We learned about values like inclusion and gender equality. All while keeping football at the heart of the programme.

I met people from different countries, and the programme changed my whole life for the better. I began to feel more comfortable and confident.

At the end of one session, one of the coaches Anita asked me to support her next session, so I just helped her. She said: “you are doing very well, do you want to join as a coach?”

I immediately said “yes”. She handed me a coaching jersey and a whistle. It all happened in less than an hour. I had become a volunteer coach. Now I could help change other people’s lives.

It also served to further my education, improving my language skills and giving me the chance to meet inspirational new people.

This is real football for development! Using football for skills training on and off the field. With each day that passed Generation Amazing helped me to become a leader.

I joined as a participant, but I became a coach, ambassador, and Worker Advocate. 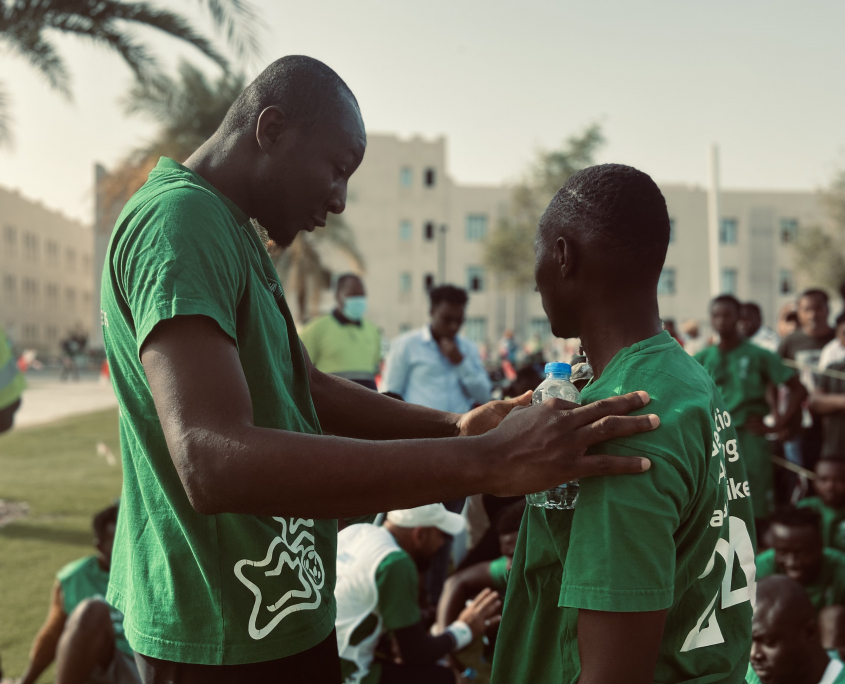 I was drawn to how I could help people, particularly immigrant workers, in a positive way. I wanted to motivate workers to change their lifestyles and be better versions of themselves – inspired by the transformation I witnessed in myself.

Most of the immigrant workers are school dropouts and uneducated. It is difficult for them to understand the situation here in Qatar and they have language issues. They are working on World Cup construction projects for stadiums, training fields, and highways.

All the workers love to play football in their free time, and the Generation Amazing Worker Programme has supported change in their lives. We find out every worker’s talent and ability during the coaching sessions – and motivate them to go forward.

Through the programme workers also improve their communication and language skills. We run football training, language workshops, yoga classes, and cultural activities. It really helps them to understand and engage with different nationalities.

The programme has grown so fast and we have created volunteers, coaches, and leaders in many communities.

Workers enjoy their free time by taking part in well organized football tournaments. Many workers are playing for local football clubs and some of them are becoming coaches with Generation Amazing.

With my photos I showed players from Petroserv, Teyseer Security, and NAAAS Strikers at a tournament in Asian City. The players mostly come from Ghana and Kenya. David works for Petroserv and was the outstanding goalkeeper of the workers’ tournament. NAAAS Strikers captain Bassam was giving motivation and feedback to his striker during a break. 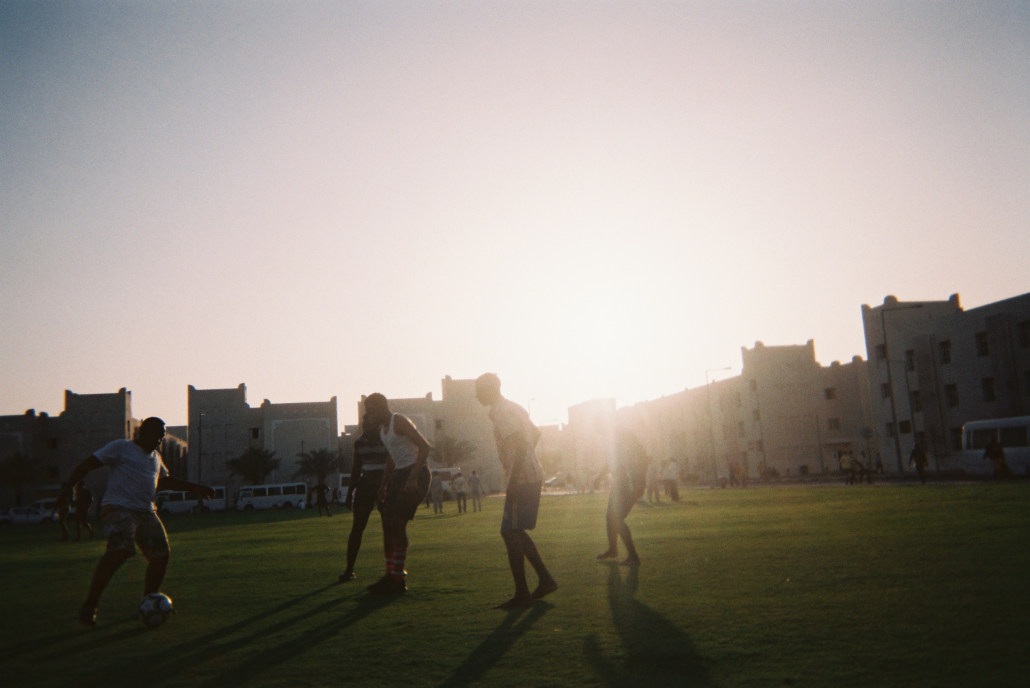 One night in 2018 an amazing thing happened.

Our pitch is near the huge parking area in Asian City – that evening I was very busy with coaching workers. My mobile was on silent and vibrate mode. My thigh felt the moment that someone started calling. Most of the time I never answer calls during a session But something in my mind said “answer it”.

It was an unknown number but I just answered. The call was from the Generation Amazing Management Team.

I was in the middle of the session, assigned another coach to my position, and ran to the parking area because there was less noise, although it was full of the smell of petrol and diesel!

He said there was good news, and my heart beat harder and faster. I got goosebumps.

I never ever had this kind of feeling in my entire life.

Ahead of the World Cup in Russia, Generation Amazing had selected eight ambassadors from the workers program to attend the tournament in Moscow. I was selected – and it was an amazing moment. Finally my hard work had paid off.

I was in total shock. The next minute I called my mom to share that news and she literally cried.

Six weeks later I traveled to Russia and watched the opening ceremony and first match of the World Cup. 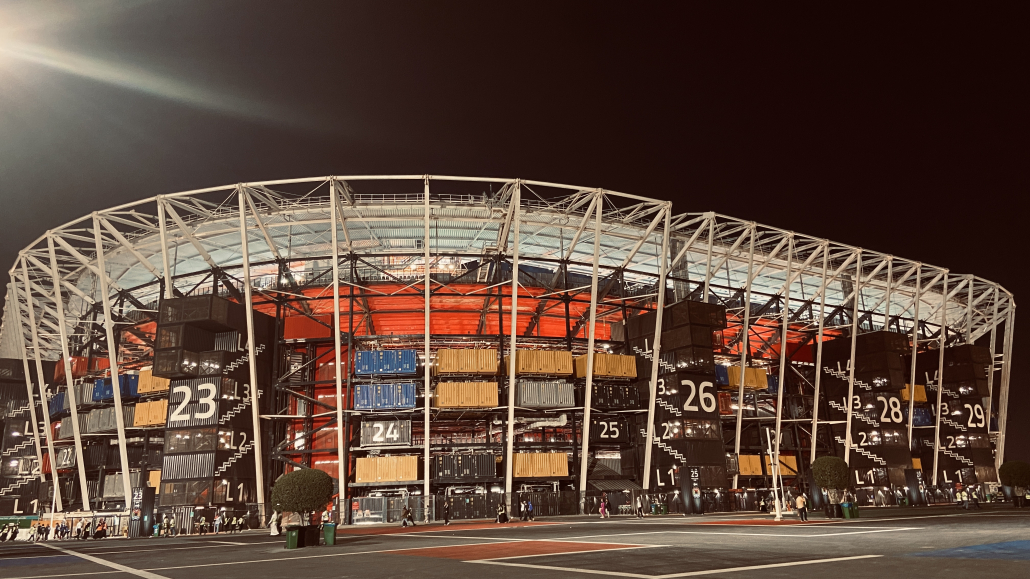 During this FIFA World Cup fans and visitors will come, experience, and learn about Qatar. They will feel safe and secure here. Qatari people are very friendly. If you want to know anything about their culture, just ask them. Do not make assumptions.

I also showed people with disabilities enjoying a game in Education City Stadium during the FIFA Arab Cup. It was quite easy for these fans to enjoy the game in this special area. The World Cup stadiums in Qatar have been designed for everyone. Qatar aims to host the most accessible and inclusive FIFA World Cup in history for fans with disabilities. 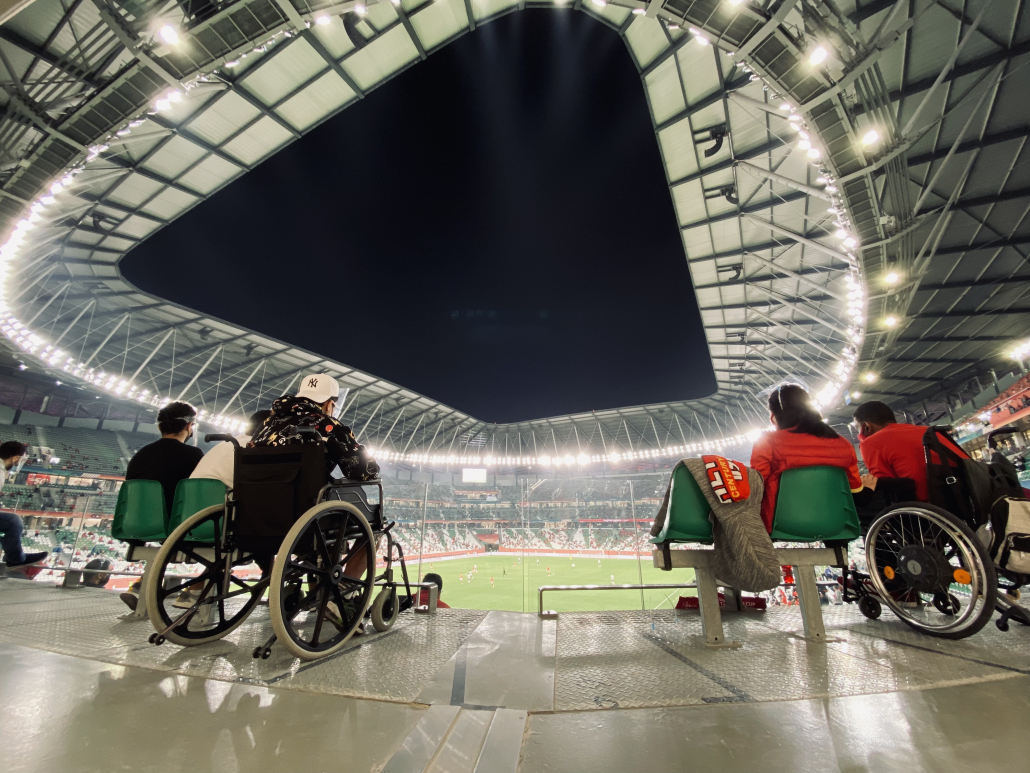 In the future Qatar needs even more focus on women’s football and needs to take it to another level. They should host the Women’s World Cup in Qatar!

I believe in the power of football for development.

I always received calls from my friends and neighbors in Sri Lanka that they wanted to create programmes back home. It really motivated me to do something for my community.

So I contacted Generation Amazing and sent them a proposal. They agreed to support me.

In early 2019 I traveled to Sri Lanka to help communities in my home country and inspire more leaders and coaches.

So I started two football for development programmes for youths and school students in my community – in Kattankudy and Mutur. I chose one school (Mutur Central College) and three youth clubs (Victory FC, Real Star and Nokia FC) to take part in this pilot programme. 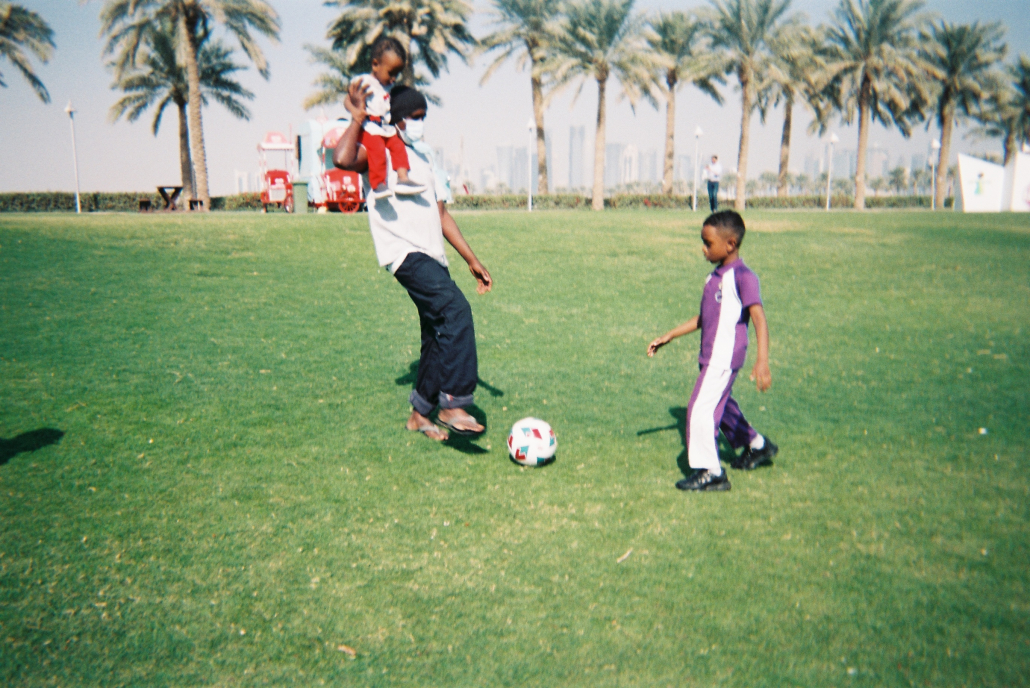 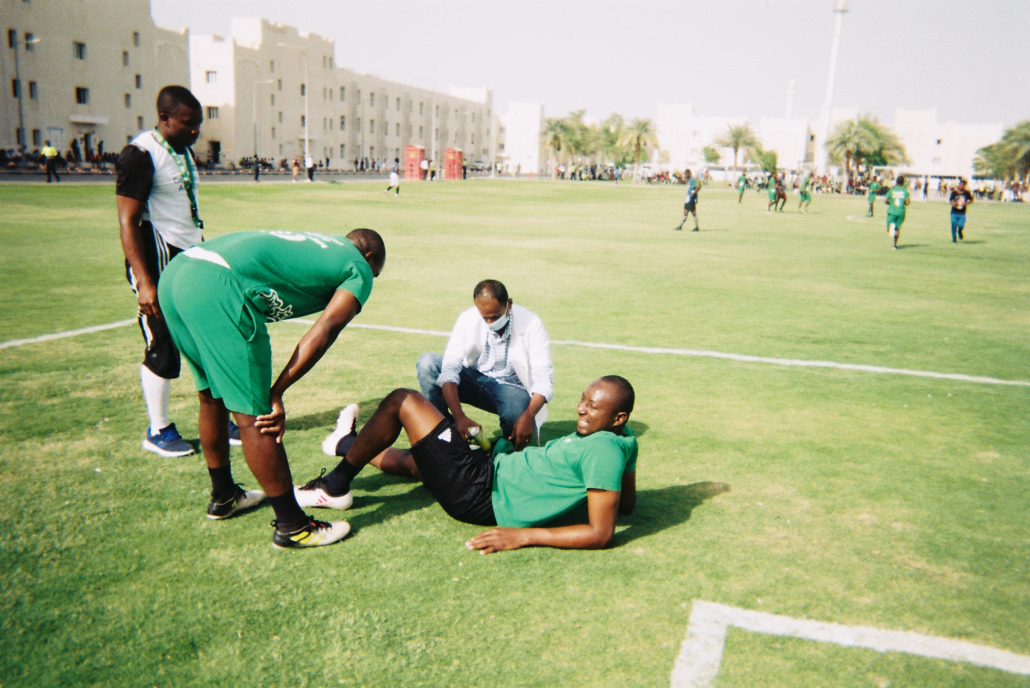 When I got to Sri Lanka, I travelled more than 100km in a tuk-tuk rickshaw, carrying all the football equipment. The football pitches were muddy and dusty. I could always smell the sand while playing.

The pitch in Kattankudy was surrounded by houses, in Mutur the pitch was near the lagoon. Sometimes cows and goats were sleeping on the pitches (it’s normal there!).

We mostly trained in the evening and I could hear the sound of birds and elephants. It is a different kind of feeling to play in rural areas.

While training we were always surrounded by the children and village elders. This is a new thing for them. They have never seen 30 footballs on one pitch!

I trained five PE teachers and six assistant coaches, who ran the session for ten weeks. 300 participants were attending the programme. It was a great achievement.

I am proud that I created a Qatar 2022 legacy program in my own community in Sri Lanka, with the help of Generation Amazing.

I continue to work on my coaching skills and I have a plan to open a football institution for kids in my community in Sri Lanka soon. 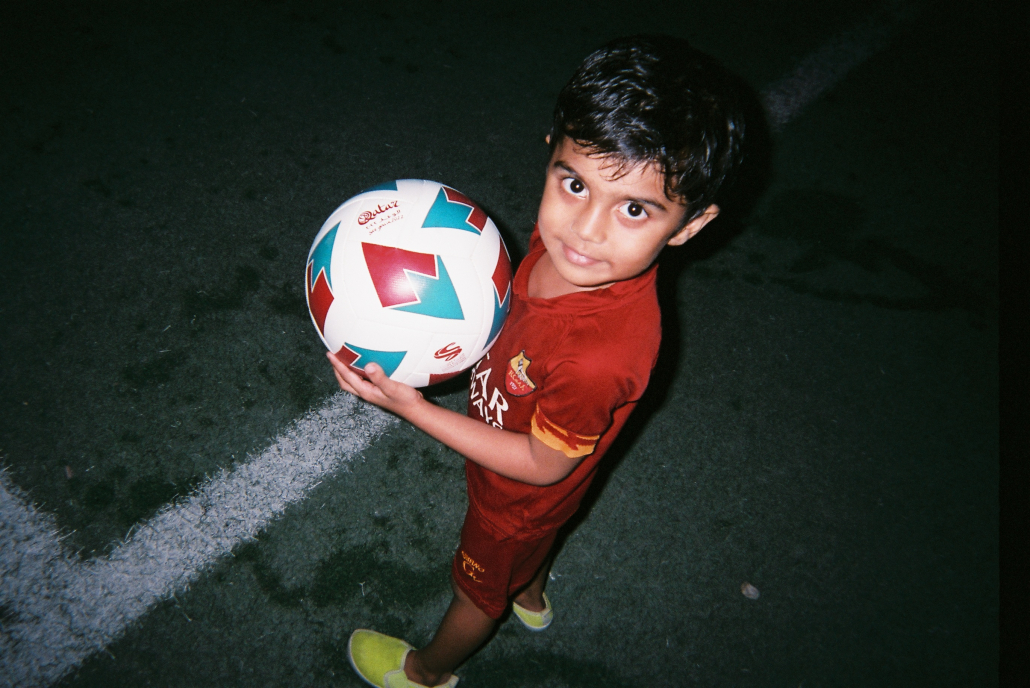 I am now a certified football coach with a D license and I am excited to be part of the FIFA Fan Movement, representing Qatar as an intermediary between FIFA and fans. That is a win-win for all concerned!

It is amazing that a normal person like me is taking part in FIFA World Cup programs and has had a chance to work with talented individuals from around the world.