Mariama Bukari is a student at Hamad Bin Khalifa University and the Founder of Black Strikas, a youth football club in her home country of Ghana. As part of the GOALS program, Mariama tells the story of growing up as a female footballer, creating Black Strikas, and her experiences in Qatar.

*All photos featured in this article were taken by Mariama Bukari 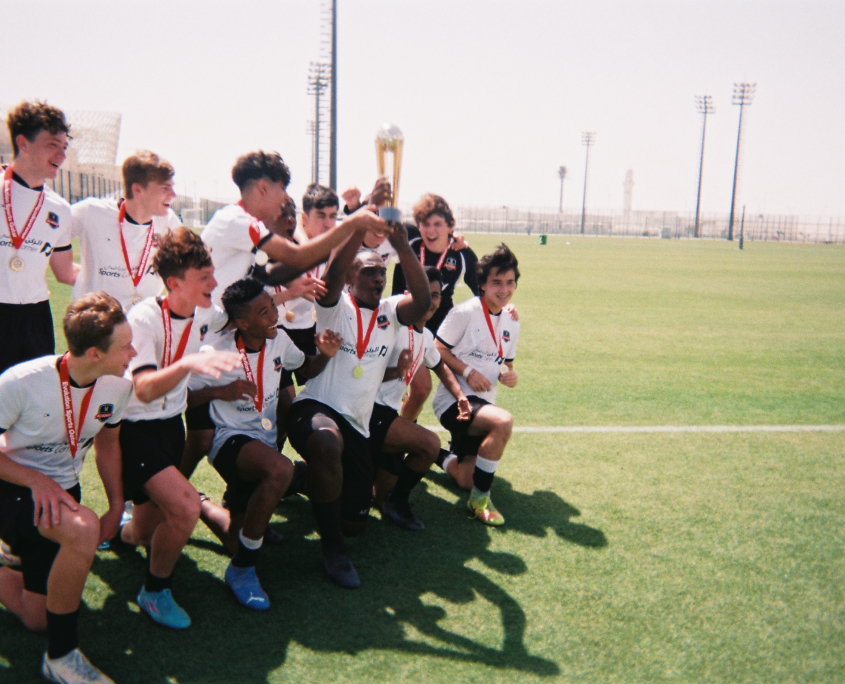 I am a Ghanaian woman from a family of footballers and football fans. For most families in Ghana, it is unheard of for a woman to choose sport as a career path. I am different, I consider sport as my lifelong career partner.

Football has been a part of my life for as long as I can remember. It began with my family when I was a young girl. Every harvest season our family would come together on our farm in Tema. With my sister and my cousins (male and female) we would play football close to the farm. The pitch was right across the street – raw with sand, and no grass.

My father encouraged all of his six children to pursue football, even the girls. Perhaps he hoped for a miracle that one of his superstars would be spotted by a good agent and placed high above in the clouds.

My childhood is filled with memories of competitive games. I played for my school and every day I would play with the boys. If we did not have a football, we would play with anything round! I also played for a community club called His Majesty – and trained briefly with a women’s team, Tema Ladies.

In Ghana at that time, there were many with the potential to be on the international stage. However, talented players were largely taken away from the classroom. I took a different path with education to make sure I did not end up as a disappointed talented player with nothing else.

I have two brothers who have dropped out of school to pursue football opportunities and another who is on the verge of doing so. For me, this is the issue. Somehow, football success has become synonymous with dropping out of school.

I wanted to change this in my community. 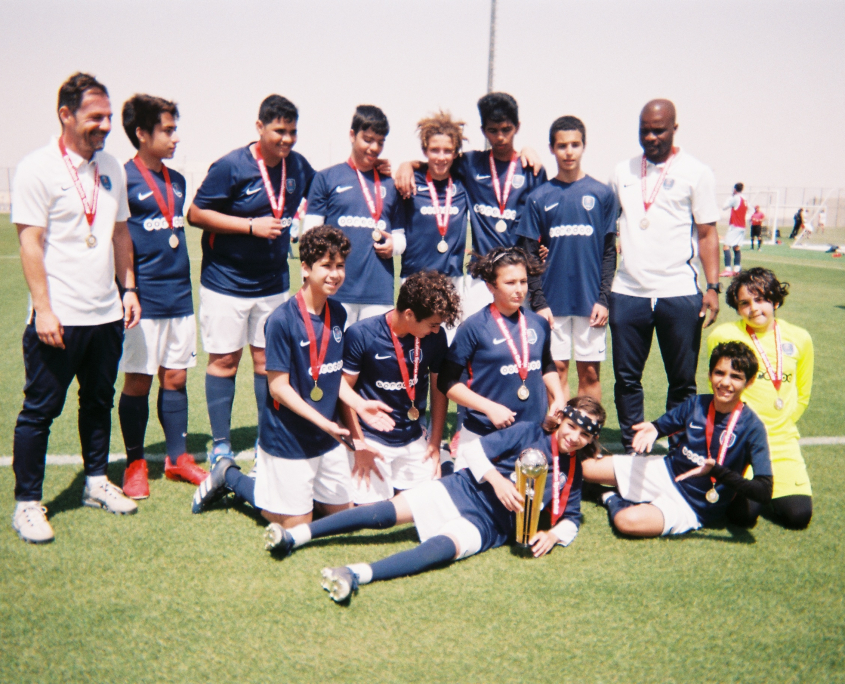 One day in 2019, I was walking in my neighborhood and I saw some workers playing football on the pitch nearby.  While I was watching them, I saw some kids also playing nearby.  I decided to watch the kids instead, but as I approached them, I realized they were not playing with a football. Instead they were playing with a piece of fruit – an old, spoilt orange.

I asked why they were playing with an orange instead of proper football and they said they did not have a football.  I asked them if they wanted me to bring them a football. The next day, I went with a new football and we played together. Even though some were wearing jeans, some played barefooted, and some without a shirt, everyone has so much fun.

We did that for three days in a row. On the third day, I asked the children if they wanted to form a youth team. At first it was a joke; “oh, do you think we could become a football club?” But the kids responded seriously and therefore, so did I.

I started the process to form the ‘Black Strikas’ – my own grassroots youth football club. We started serious regular training. However, my club would be different. Every ‘Black Strikas’ player could only secure membership with good grades in school.

Black Strikas is becoming more active in Tema – and I now have a volunteer coach who trains the children every week in my absence. 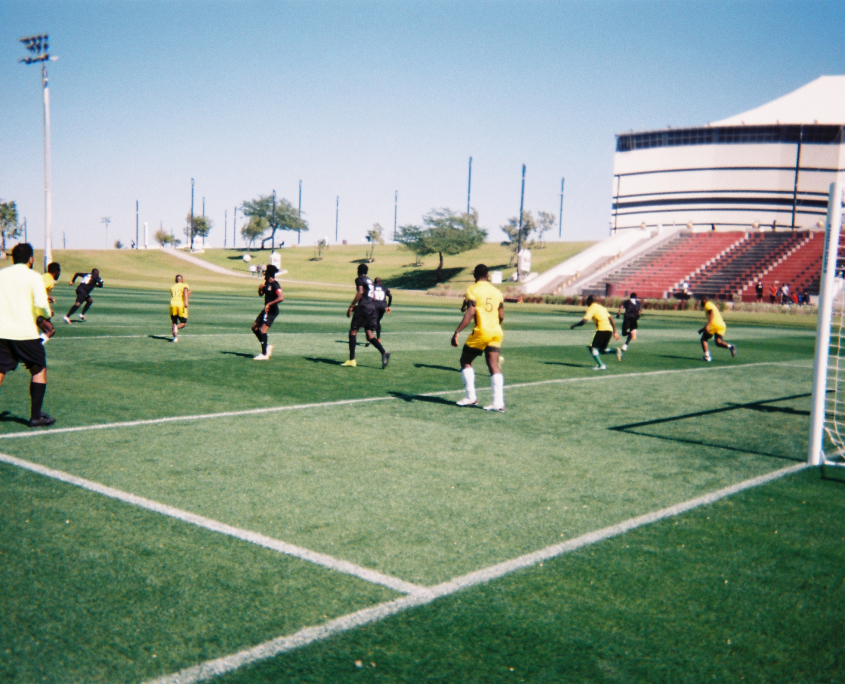 Around the same time, a friend of mine told me about Qatar Foundation scholarships, and when I found out that QF had sports-focused scholarships, I applied. I did not believe I would be given the scholarship but after some months I received a letter from the school that I had received admission together with the scholarship.

Receiving the scholarship came with mixed feelings. I was so happy, but at the same time I had never traveled outside of Ghana and did not know what to expect from Qatar. A friend who had lived in Qatar met with me and reassured me about the opportunity.

Once I arrived in Qatar, I adjusted so quickly. Of course, the change of food was difficult and I missed my family, but over time I have adapted and now I would like to stay even longer. Coming to Qatar to pursue my education in my field of interest is one of the best decisions I have ever made and one I will never regret.

I am studying at Hamad Bin Khalifa University, where I am pursuing my master’s degree in sports and entertainment management. I am grateful to study at one of the best universities in the world, under the mentorship of wonderful professors.

I have met a lot of people from different parts of the world in Qatar. I have gained so much experience, it has been overwhelming. Being in Qatar has enabled me to volunteer for the FIFA Arab Cup, and I hope to do the same for the FIFA World Cup in 2022.

It is amazing to think that Qatar, where I live, will host the FIFA World Cup and Ghana will be here! I am so lucky and feel so special to be here to witness my country participating.  It is a very special moment for me. 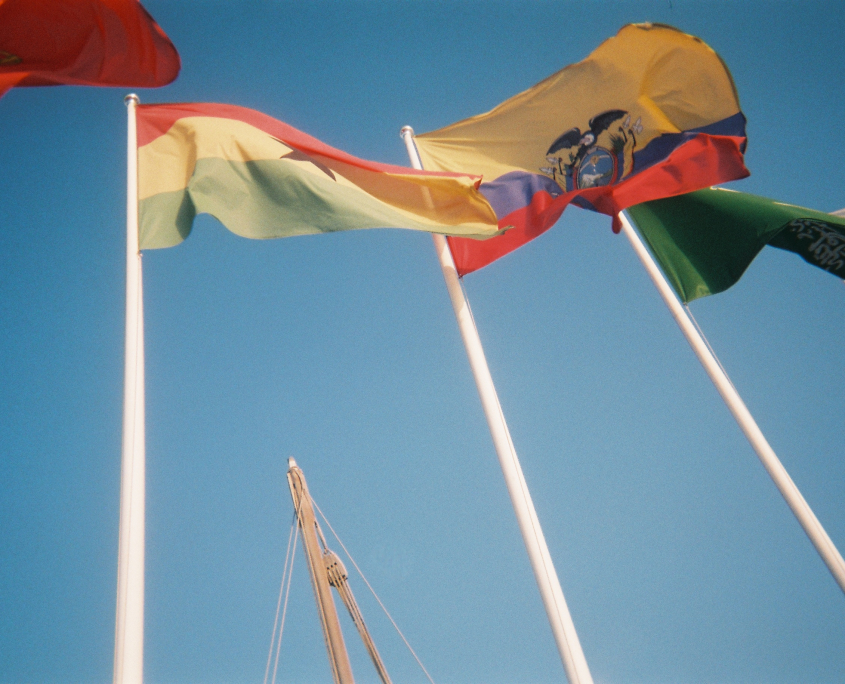 Football is truly at the heart of all I have achieved and experienced, which is why I call football my lifelong career partner. My football journey is evolving and I keep going with my dream to positively change the story of girls’ football and education in Ghana and Africa.

When girls are passionate about football or any sport, they should never feel it is not for them because culture does not support it. With education, I know what a powerful path sport is.

I want to be a role model to the next generation of girls. As a young girl, I just wanted a level playing field.

Ghana is now embracing female football, especially compared to my time growing up. Although we still need more education to increase understanding and for the community to embrace it more. 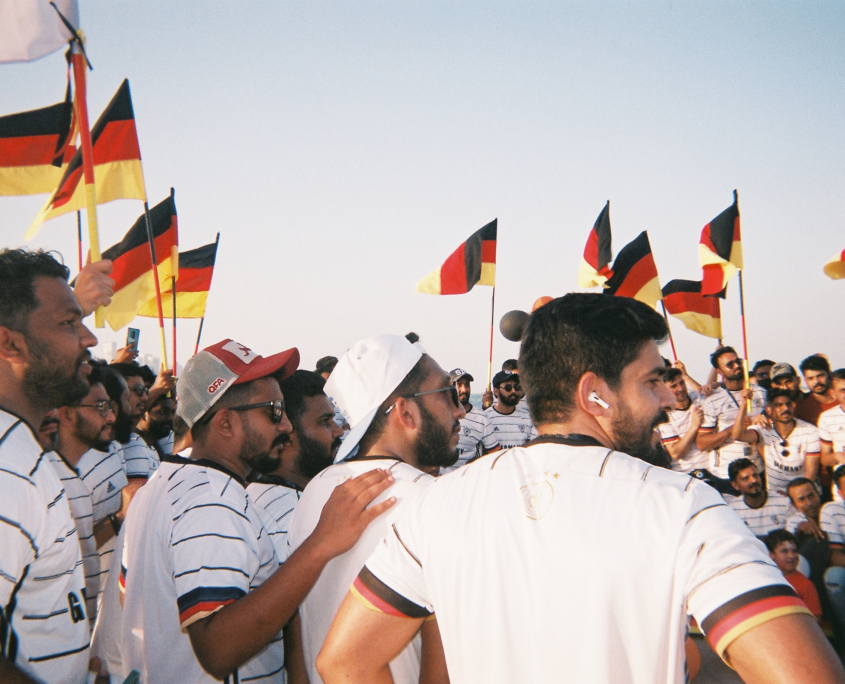