Reem Al-Haddad is a Data Scientist, photographer, and filmmaker. As part of the GOALS program, Reem tells the story of her football journey and supporting the Qatari national team. 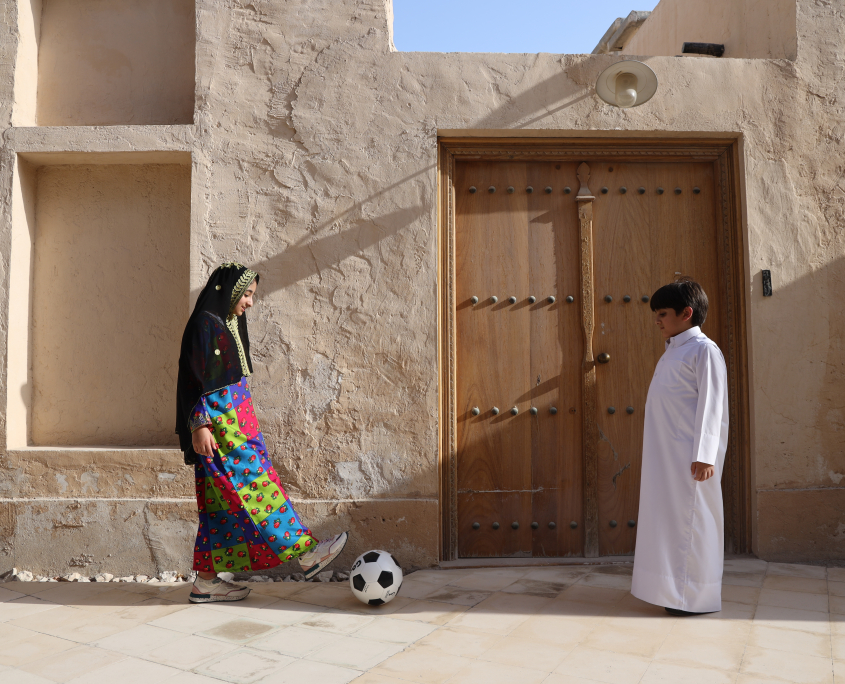 I was just an 11-year-old girl playing in chaos whilst the television played quietly at my aunt’s old apartment. A moment of silence struck the young and the old as the television showed Sepp Blatter live and ready to make a long-awaited announcement.

An unfamiliar sensation struck me; an adrenaline rush made my blood quicken and my skin tingle. I paused for a second before I screamed in joy as I saw Blatter unfold what was hidden in that white envelope.

“Twenty-one, twenty-two, twenty-three…,” we started counting how old we were going to be when what was hidden in that envelope came to life. It felt like it was going to be a long wait until we witnessed what we were anticipating.

However, we lived through the history of making what was once a dream a reality.

Fast forward 12 years, here we are, just a few months away from the massive event. It doesn’t feel real; living through the years from the announcement until the event of the FIFA 2022 World Cup in my home country Qatar. 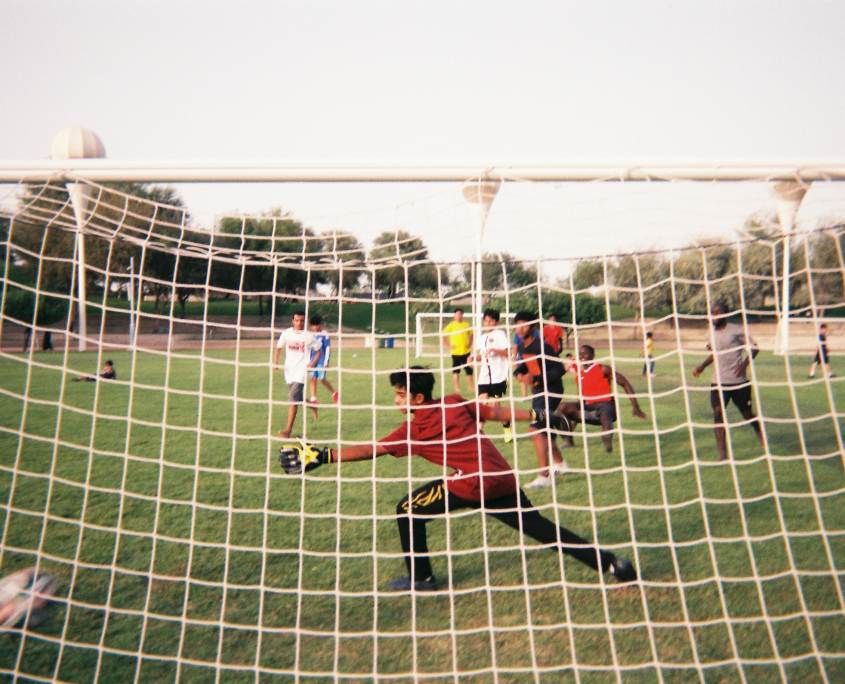 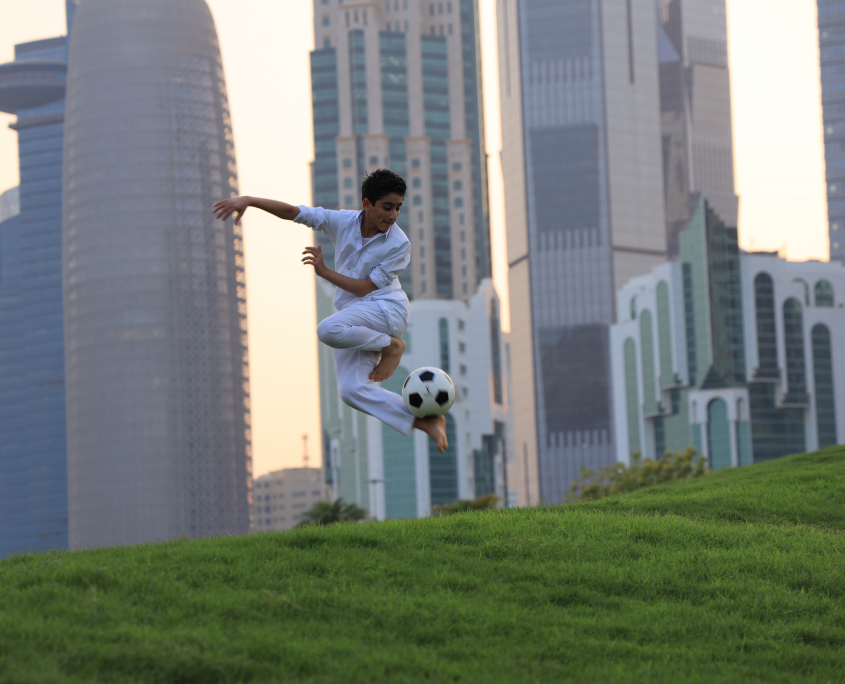 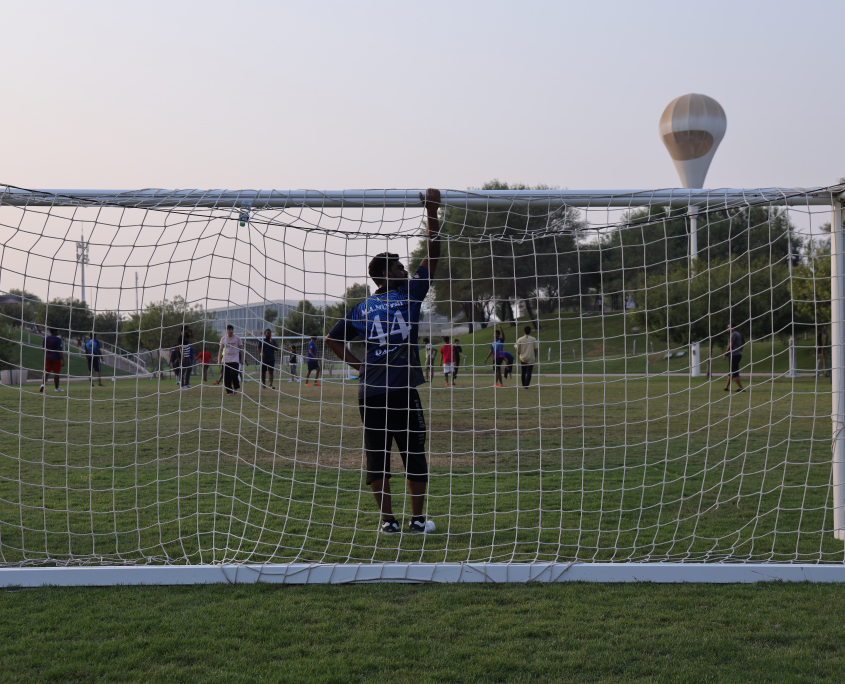 You could say my journey has been unique. I have grown from despising football to feeling and understanding what the thrill is all about. I may not be part of a football community or know the full rules; I don’t even have a favorite team.

However, over the past 12 years, I have begun to enjoy and eagerly look forward to matches that my national team plays in.

It is not because Qatar is the best team; it is because they represent me.

I would do anything to support them, like a family.

It is exhilarating to imagine what the Qatari players will experience on the field with us supporting them. 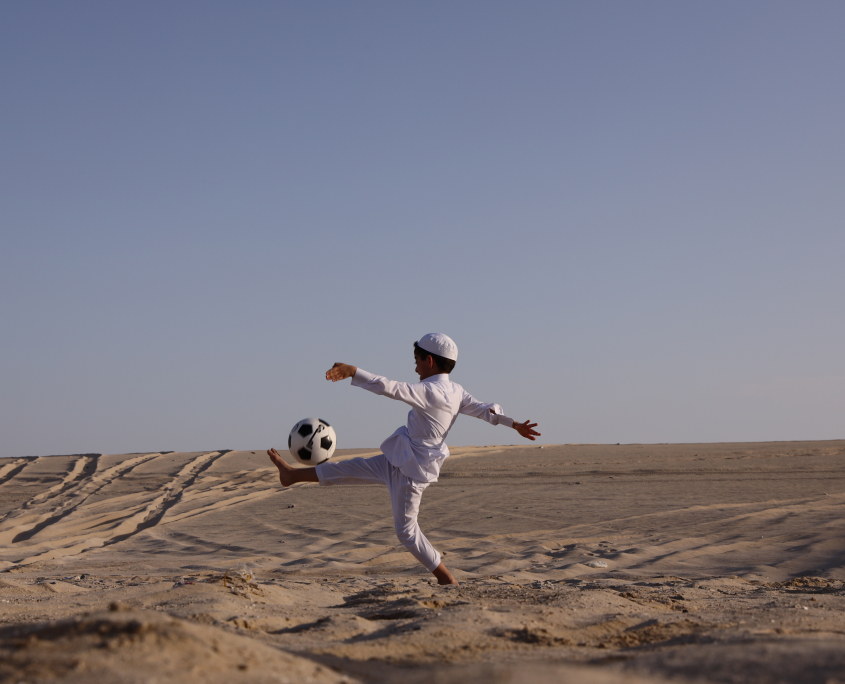 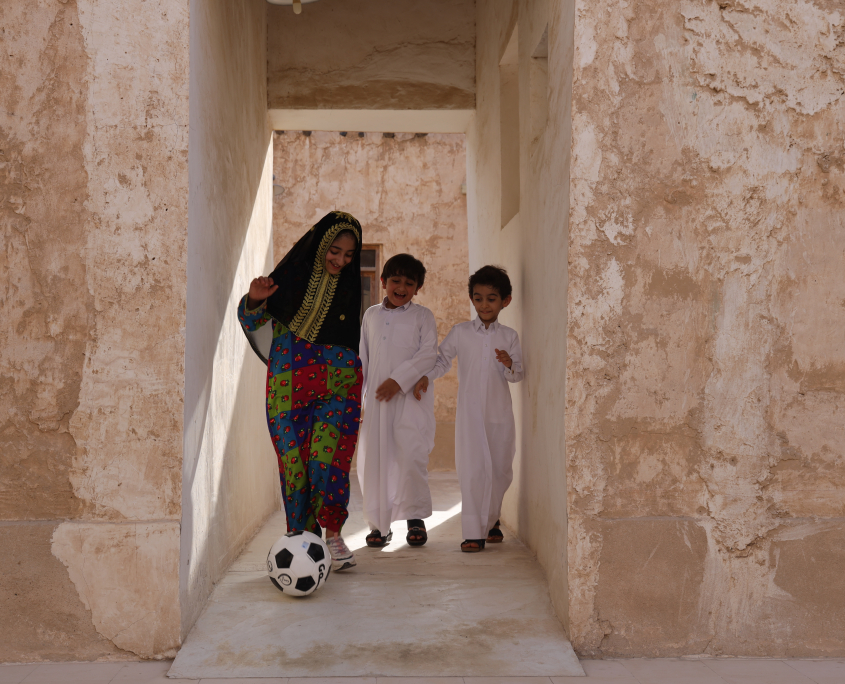 For a long time, I supported the team from behind my screen.

It was not until I was 20 that I experienced what it felt like to be in a football stadium. It was the 2019 Arabian Gulf Cup, and my friends and I decided to go to one of the biggest stadiums; the Khalifa International Stadium (National Stadium).

On game day, our awesome professor dismissed everyone who was going to the match, so we travelled there as a group of friends. The experience heading there, walking to the stadium, and jostling amongst the crowd was astonishing.

The moment I stepped into the stadium and realized how enormous and heavenly it looked in real life made me feel overwhelmed.

“The stadium is massive, and the players look very tiny” was all I could think of throughout the game. I was not sure how fans paid attention to the ball from that height. But I did not mind because the thrill of being part of a cheering crowd was all I needed to feel content. 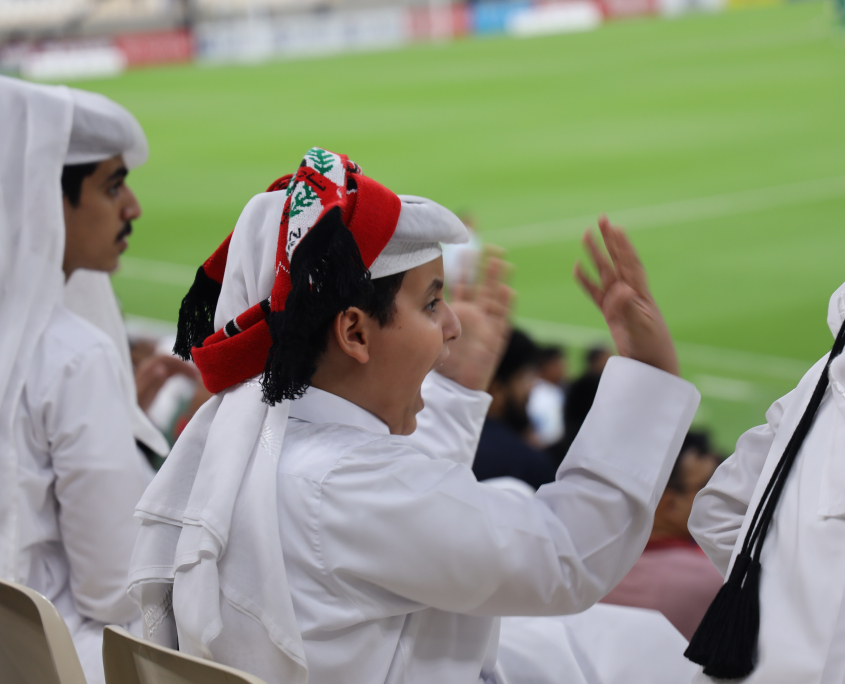 I was part of a community, cheering together, waving our flags, screaming our lungs out, jumping up and down, hugging each other when we scored.

Everything happened so quickly, and our actions were instant; we did not pause or overthink how we behaved; we were just ourselves. We were all there for one purpose; it felt like the whole world paused for us.

People from different backgrounds and nationalities. People who you never met are right beside you, cheering with you. The emotions of everyone around you: happiness, sadness, fury, nervousness, excitement, surprise. This was the antithesis of being bored.

Qatar winning the match made me leave the stadium with a grin and an unforgettable experience.

The sound of drums and megaphones, fans shouting, waving of flags, bumping of shoulders – we do not experience all these little things when watching a match through a screen. I felt grateful.

It made me feel like I was part of a community.

I cannot believe I never thought of attending a match in person before that! 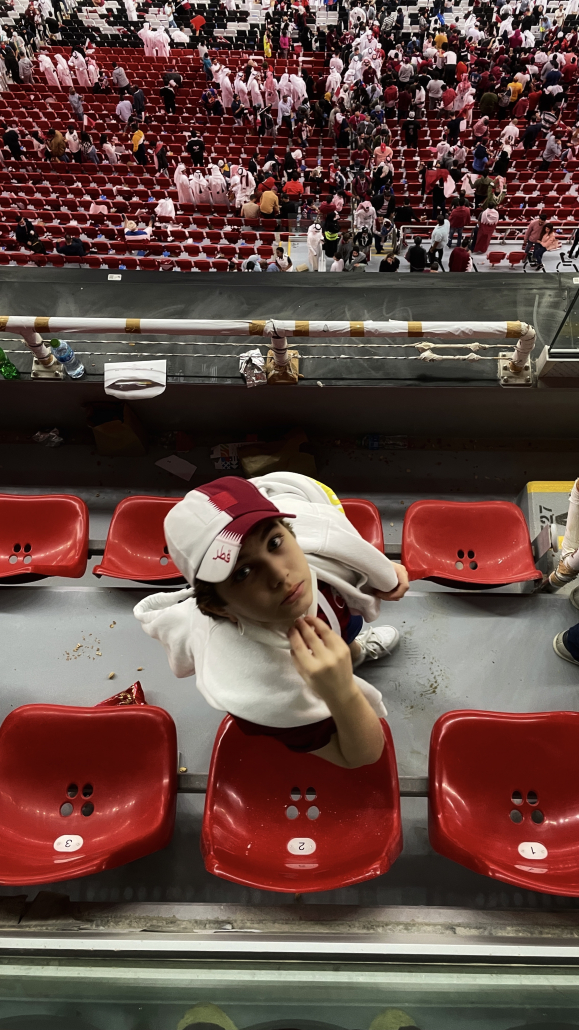 With my photos I tried to show the culture and people of Qatar. Football can be played anywhere, even in the most arid locations.

The siblings exploring their heritage and chasing a ball in the alleys of the traditional old Souq at Al Wakrah contains all of the elements of the Qatari culture: architecture, attire, people, and interests. It shows the beauty of Qatari history and culture. 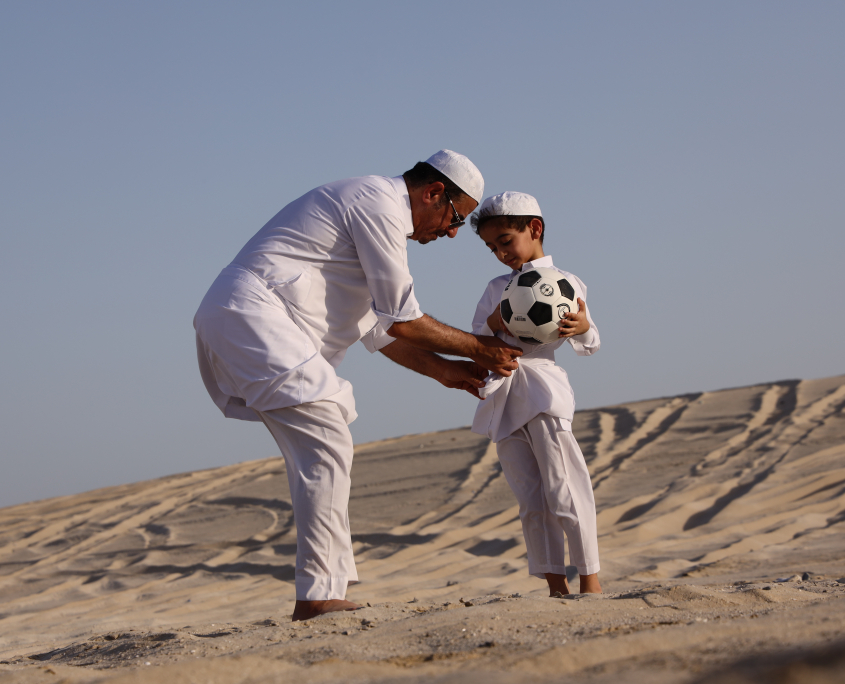 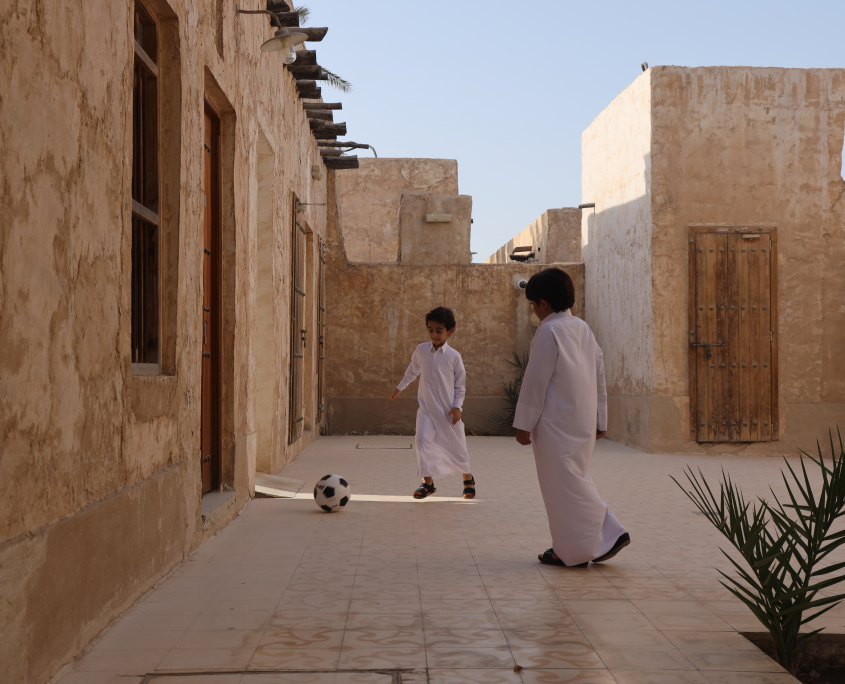 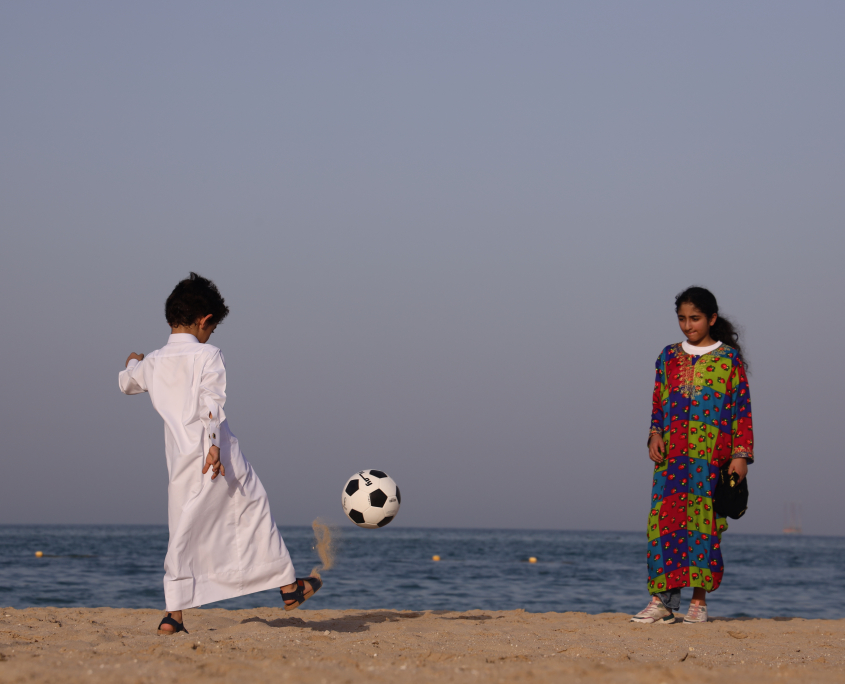 This World Cup will bring a lot of visitors to Qatar, so more people from all around the world will have an idea of how Qatar really is.

There are many stereotypes that I would want to be challenged. People who do not know about Qatar or the wider region may think that we are living an uncivilized, primitive life – it is the complete opposite. Qatar is an industrialized and civilized nation. The people of Qatar are educated, creative, and very open to the world!

People may think that Qatar has strict rules that make life unbearable (especially for women). The truth is that Qatar has many laws in favor of women, women do make their own decisions, and many women are taking leadership roles and have high quality education. The headlines you may see in the media are either misleading or of individual cases, just like how there are individual cases of strict families in the West.

We are now witnessing more and more women representing the Arab region internationally through football and other sports.

During this World Cup, people should stop only using the media to form their perception about Qatar and the Qatari people, and start hearing directly from them! 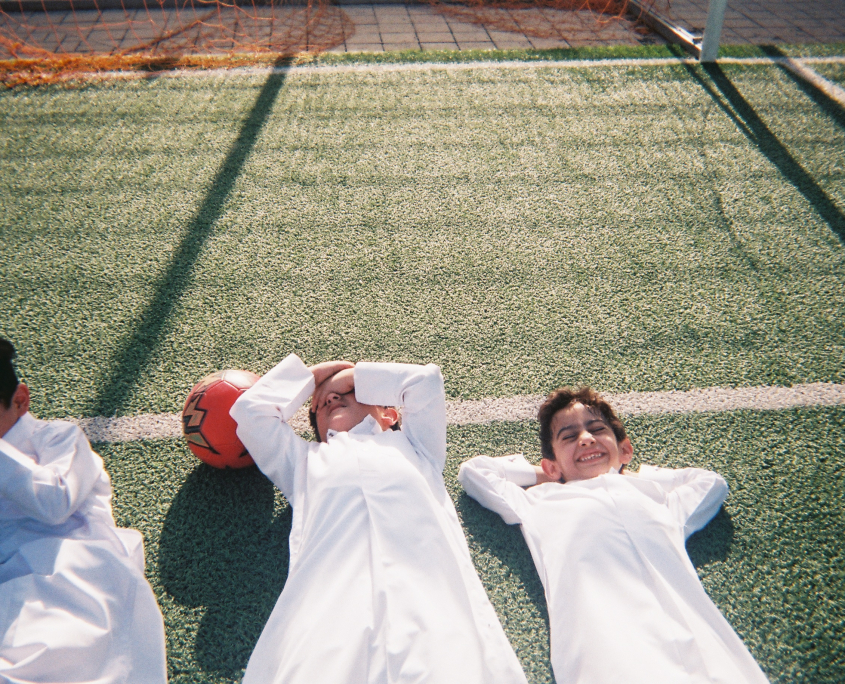