Marwa Abdalla is a student at Georgetown University, studying a BSc in Foreign Services. Her family is from Egypt, but she was brought up in Qatar. As part of the GOALS program, Marwa tells her story of connecting to Egypt through football, experiencing the FIFA Arab Cup, and seeing the impact of the Ability Friendly Program in Qatar.

*All photos featured in this article were taken by Marwa Abdalla 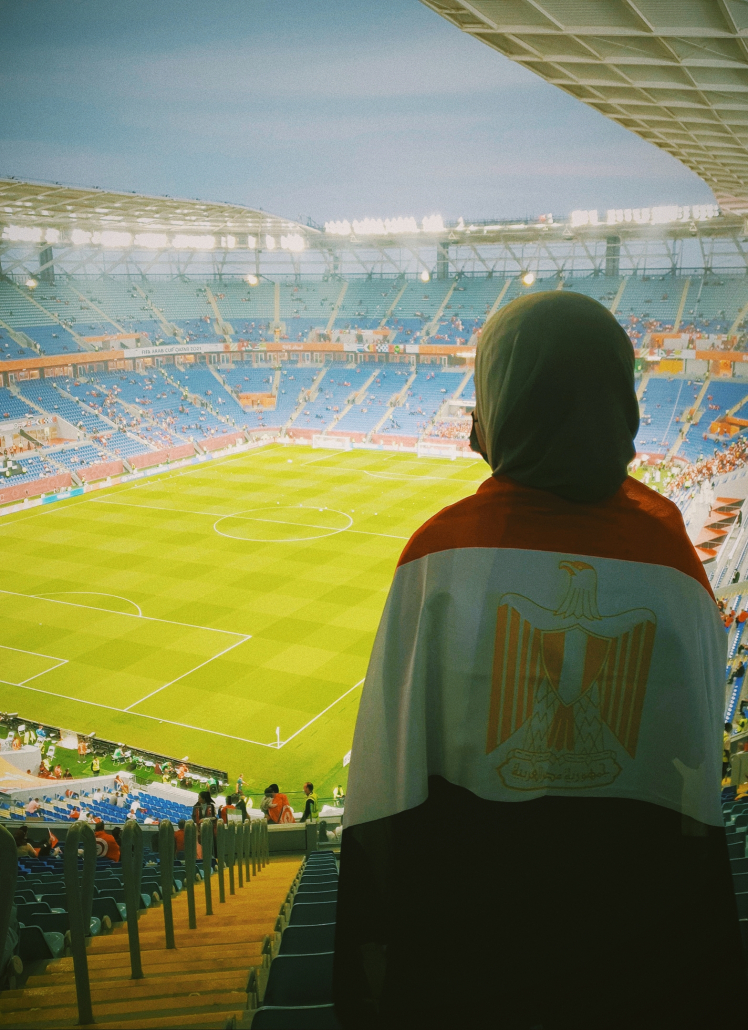 In the Arabic language, football is referred to as ‘al-sahira al-mostadira’ (‘al-sahira’ translates to ‘magical,’ and ‘al-mostadira’ describes the round shape of a football).

I am so excited for the FIFA World Cup; Qatar is ready to welcome the world. It is a beautiful opportunity for so many people from different cultures and countries to be gathered in one place. That is why I will volunteer, as it will give me a different perspective on life and allow me to enjoy that unique sense of community.

With millions of fans coming from all over the world to visit Qatar, I believe the World Cup will be a great opportunity to change the misconceptions and stereotypes about Qatar and the Middle East region.

Seeing that Qatar is the epitome of cultural diversity in the Middle East, visitors will get a sense of the region’s heterogeneity in terms of culture, traditional customs, and dialects. The World Cup will also help visitors to get a sense of how passionate, football-loving, and welcoming the region is.

Of course, I am disappointed because Egypt will not be there, but this is what football is all about – you either win or learn. Hopefully, we can have a chance after another four years. 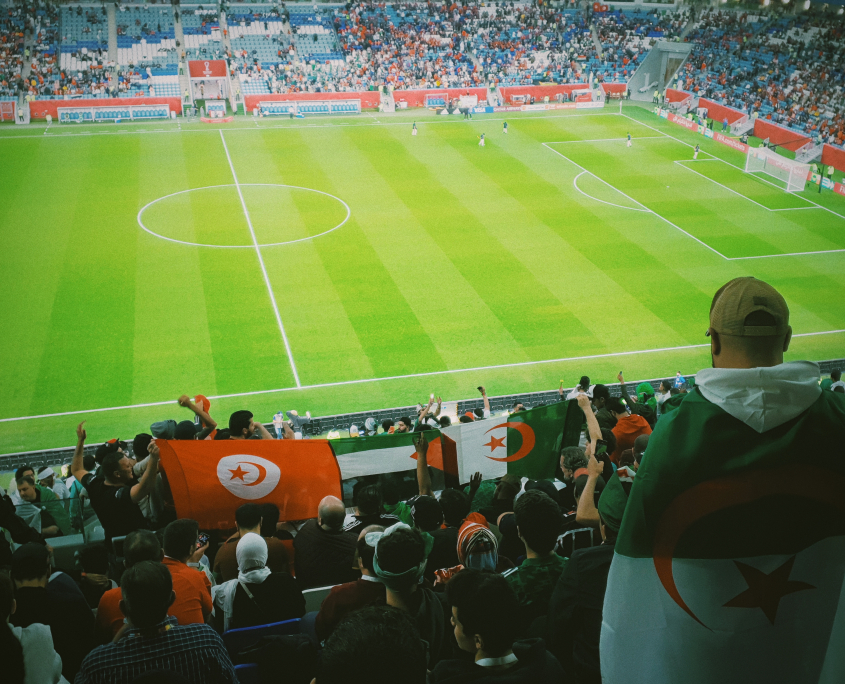 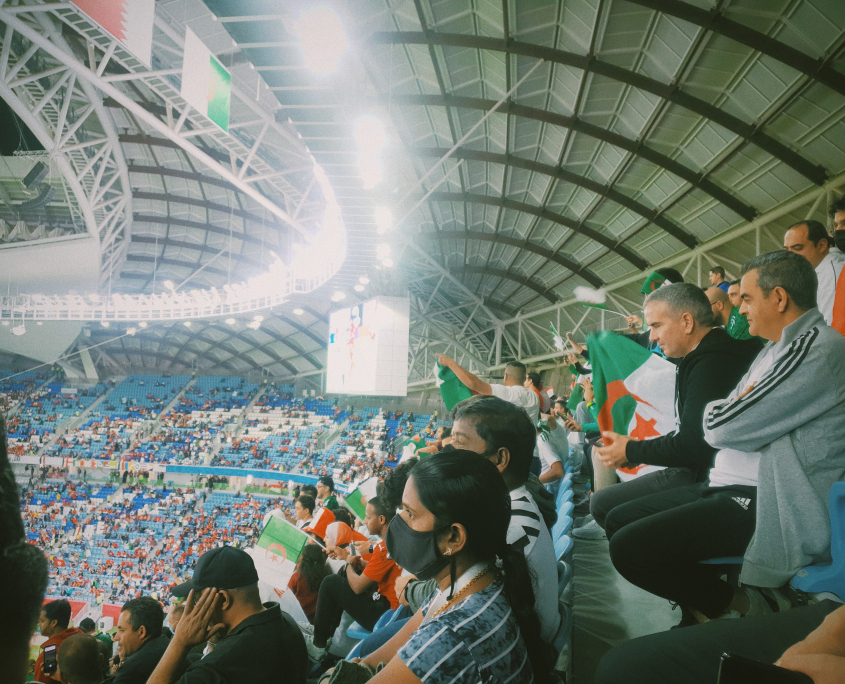 Growing up in Qatar, every two or three weeks my parents and our family friends would arrange an outing or a gathering at one of our houses to reconnect, have a delicious dinner, or celebrate a special occasion.

But the gatherings where football was shown were my absolute favorite. In particular, the Egyptian Premier League “Cairo Derby” match between two of the most successful clubs in Egypt and Africa, Al-Ahly and Zamalek.

As my parents, family friends, my younger brother and I eagerly waited for the tense encounters between Al-Ahly and Zamalek to begin, we would begin to predict the result. But in a derby of this magnitude, it was hard to ever know which team would beat the rival team.

These football gatherings were about finding a home away from home. Although my parents are not “die-hard” football fans, the matches represented an opportunity for them to try to connect us to home.

Football in Egypt stirs powerful emotions. For someone who never had the chance to experience this thrilling atmosphere, these weekends made me feel, in some way, like I was home. Not only was I surrounded by people with whom I shared nationality, but I was slowly becoming a devoted fan of Al-Ahly, and, most importantly, the Egyptian national team.

Although we would constantly get into heated debates comparing the performances of players like Zamalek’s Shikabala and Ahly’s Aboutrika, these debates were put aside whenever players from both teams were called up to play for the national team. 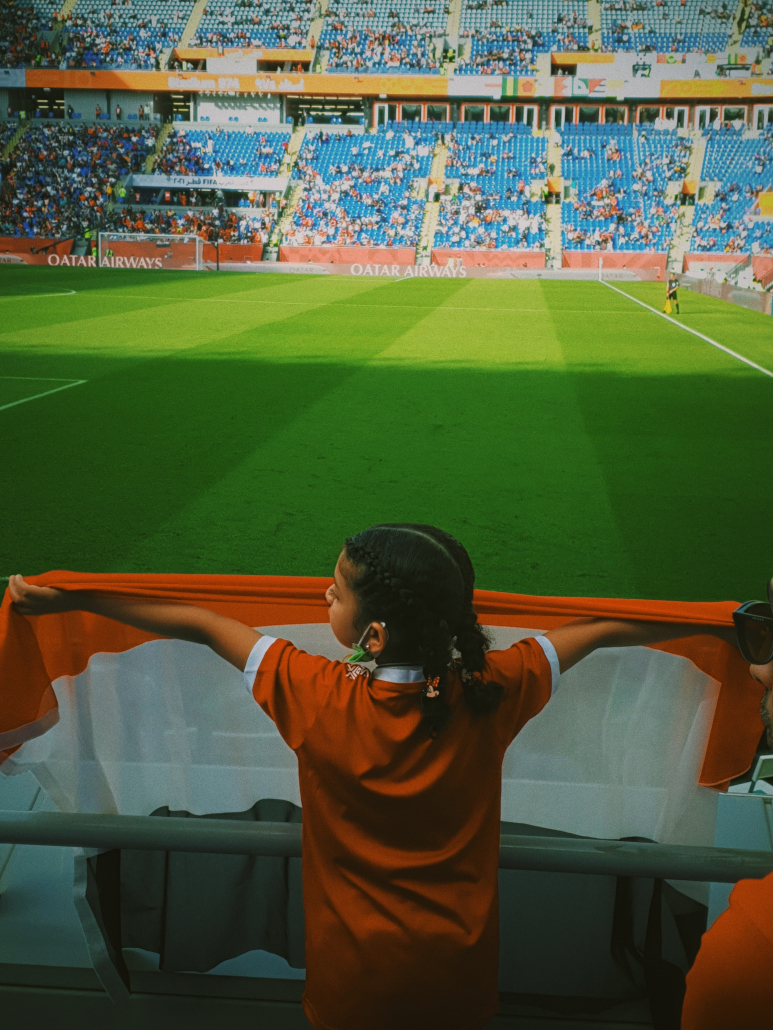 One of my favorite memories is when Mo Salah scored the winning penalty for the Pharaohs (the nickname for the Egyptian national team) to qualify for the 2018 FIFA World Cup.

It was October 8th, 2017, and I was watching in the living room with my family. Egypt’s victory in the last minute of extra time meant our dream became a reality.

The wait was over. Tens of thousands of Egyptians gathered in the streets, chanting, singing, and setting off fireworks to celebrate. Even strong club loyalties were for once set aside, as people took over the streets to joyously celebrate the win. Cars paraded and blasted music and honked their horns; children waved flags; men and women sang and danced to national songs.

This wonderful memory became our routine, as one year later, for the 2018 World Cup, my family and I gathered once more in the living room to cheer on the Pharaohs as they played Uruguay, Russia, and Saudi Arabia. As the camera panned across the stadium during the games, I saw thousands of fans; men, women, children, elderly, all banded under one flag, cheering at the top of their lungs and supporting our country.

This is the first time that I wished that I would get the opportunity to experience what it is like to watch a football game at a stadium. Little did I know that my chance would come during the FIFA Arab Cup three years later in Qatar and that I would get to cheer on Egypt among thousands of spectators! 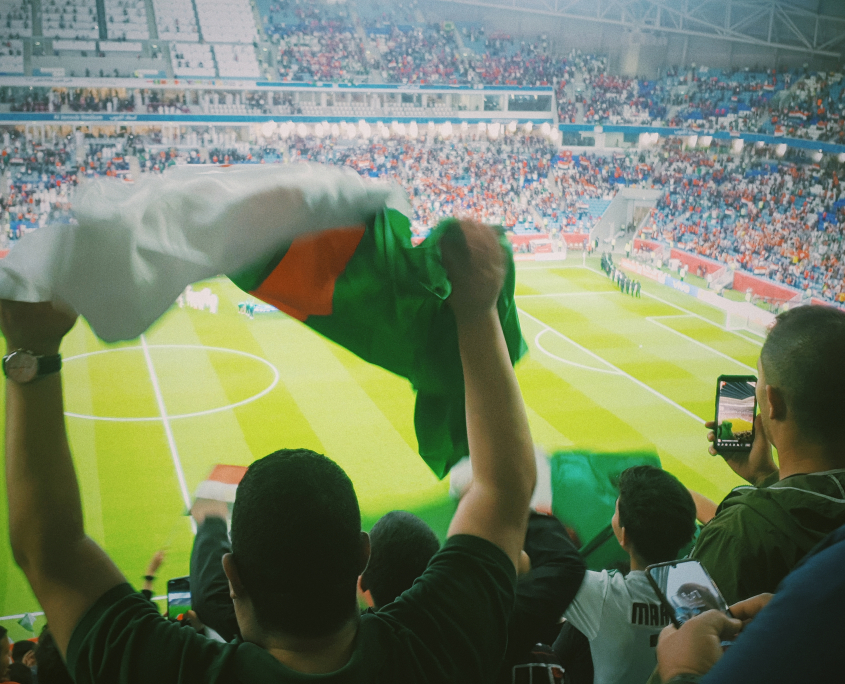 In 2021, after spending almost ten years watching and supporting the Egyptian national team from behind a screen, I achieved my childhood dream of watching Egypt at the stadium during the FIFA Arab Cup.

The chanting was so loud, accompanied by the thunderous bellow of the large drums and screams of joy that were accompanied by hugs whenever the Pharaohs scored. The atmosphere was inclusive, a place where the Egyptian spectators put their affiliations and differences aside and cheered in one voice. There is a unique sense of community when attending a game at the stadium and being amongst so many passionate people.

At the FIFA Arab Cup I witnessed moments of anticipation and festivity and moments where I felt that the spectators’ loyalty for football exceeded their loyalty to their national teams.

During Egypt vs. Algeria, Palestine took center stage as fans waved the Palestinian flag and chanted pro-Palestinian songs in an awesome gesture of solidarity. Egyptians waved the Qatari flag to celebrate the team’s win after defeating Egypt in a gesture of appreciation. 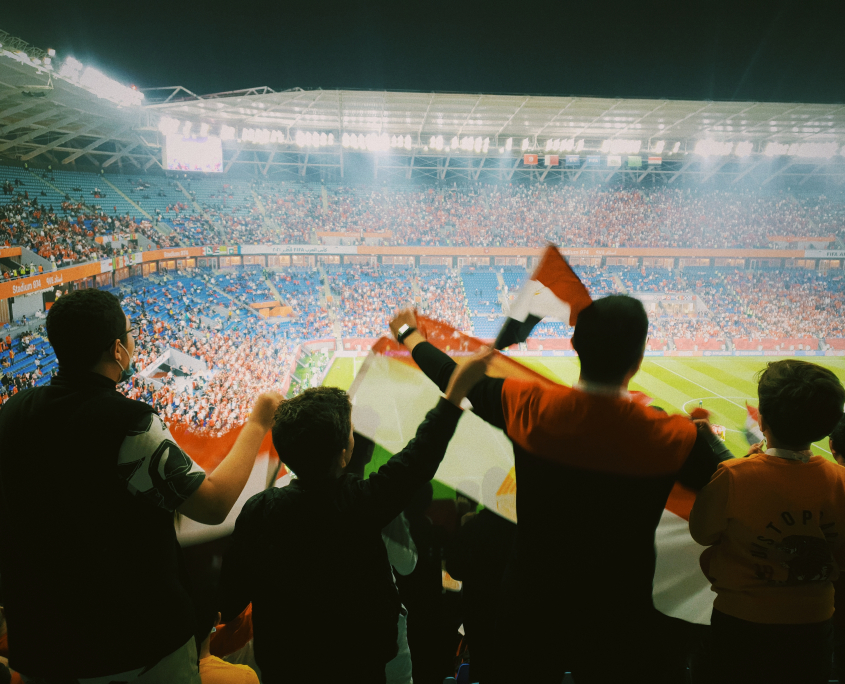 Because I have always been a firm believer in the power of sports to create a sense of community and inclusivity, a few months after the FIFA Arab Cup ended, I wanted to see how the community sports programs in Qatar promoted these values.

I came across the Qatar Foundation’s Ability Friendly Program and got the chance to attend the football classes delivered to children with autism and learning differences by coaches Jamie and Asmaa for three weeks.

Besides offering accessible classes tailored to the needs of children with physical and mental impairments, learning differences, and special needs, the program empowers children to realize their full potential. 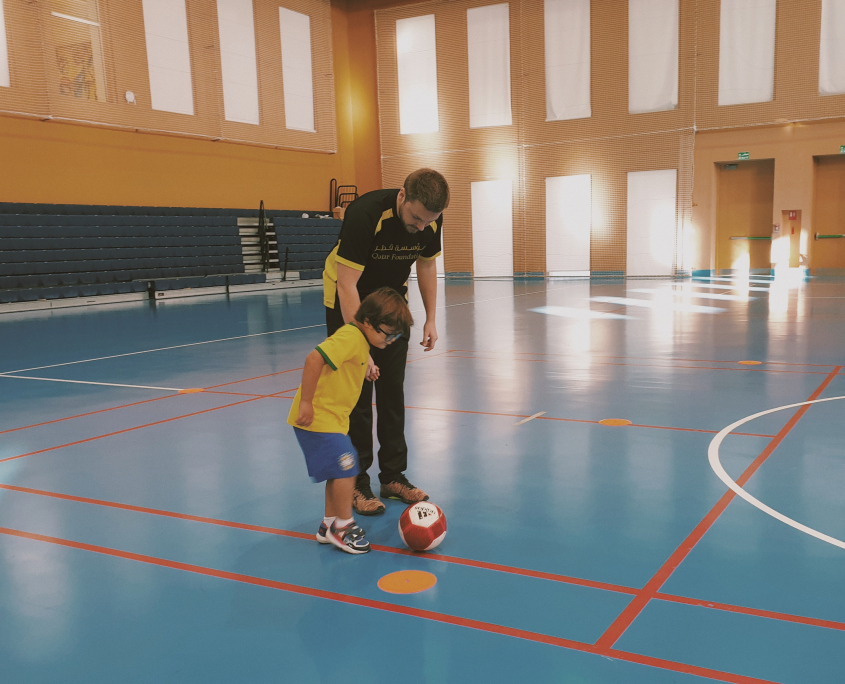 During the sessions, I met children from Qatar, India, Egypt, and Pakistan, and spoke to their families. One thing they all agreed on is that the football classes have offered their children a space to unleash their capabilities and gain new skills. The sessions improved their social and communication skills, and boosted their self-confidence and independence.

Qatar has made a great effort to make football accessible for all, regardless of age, gender, and ability.

After the World Cup I expect there to be an even greater strive to ensure equal representation and opportunity for all in sports, not just on a gender-based level but at an ability level as well. 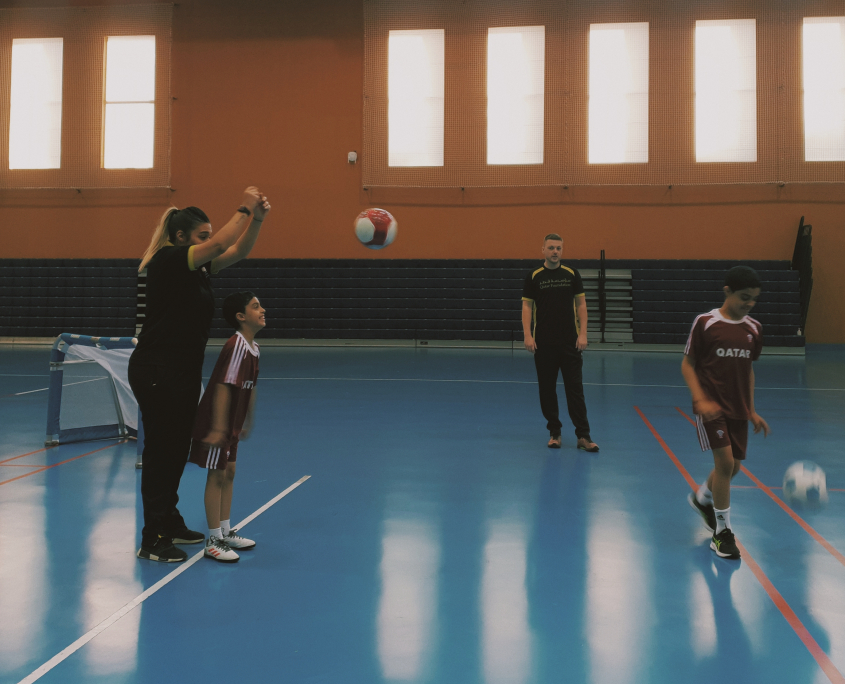 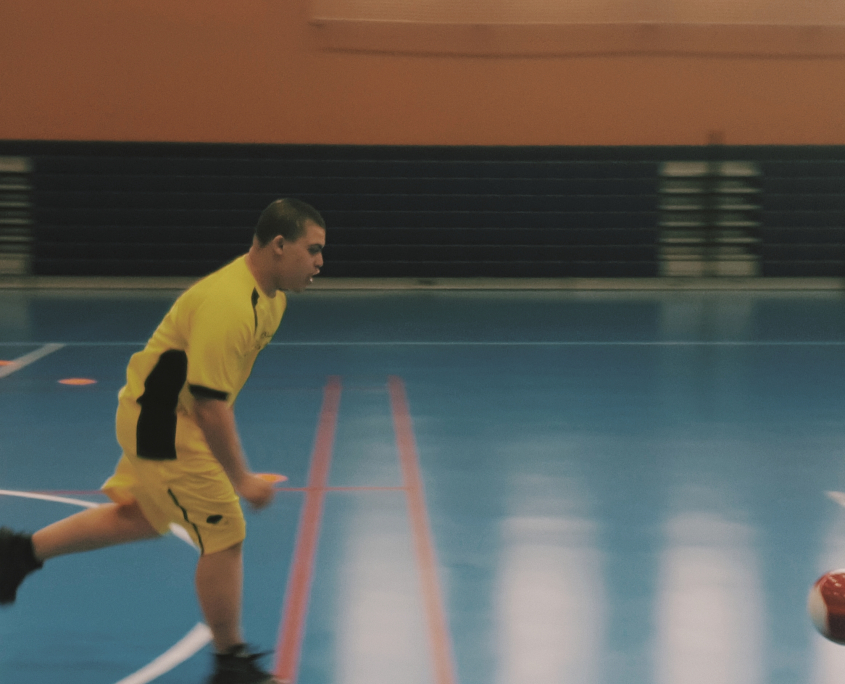 Growing up in Qatar, a cultural melting point, I learned the value of celebrating my cultural traditions as well as those of others.

The moments I captured in the 2021 FIFA Arab Cup, the QF Ability Friendly sessions, and the 2022 Street Child World Cup are not just moments of festivity; they are moments that demonstrate the power of football in creating a sense of inclusivity and unity. 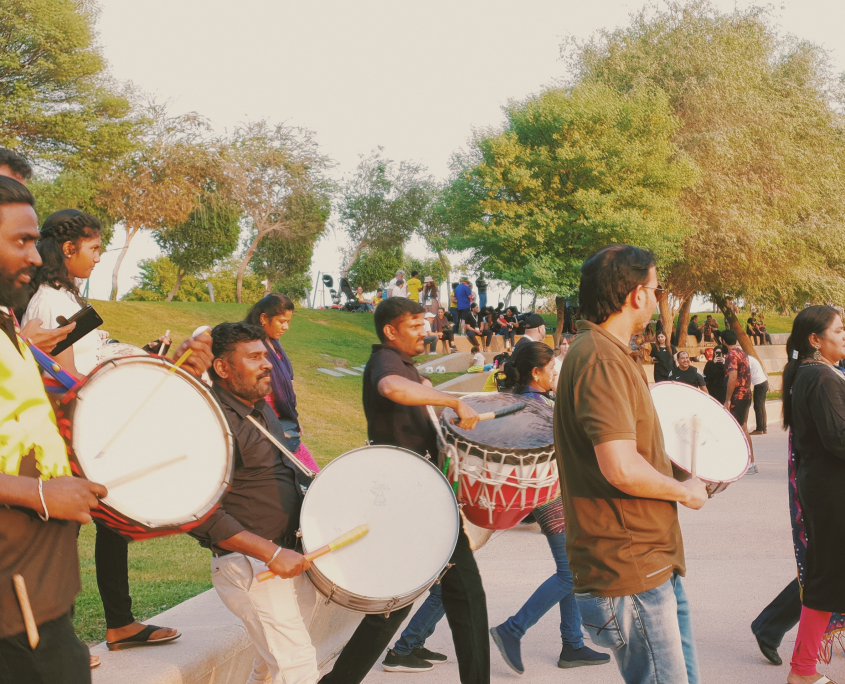 Football does not exclude or discriminate but rather bridges the gap between people regardless of their age, gender, nationality, culture, race, and social status.

I believe football has a unique power to create a sense of unity across borders and bring people together. This power cuts across cultural, religious, and linguistic barriers and creates tolerance among communities through common ground. 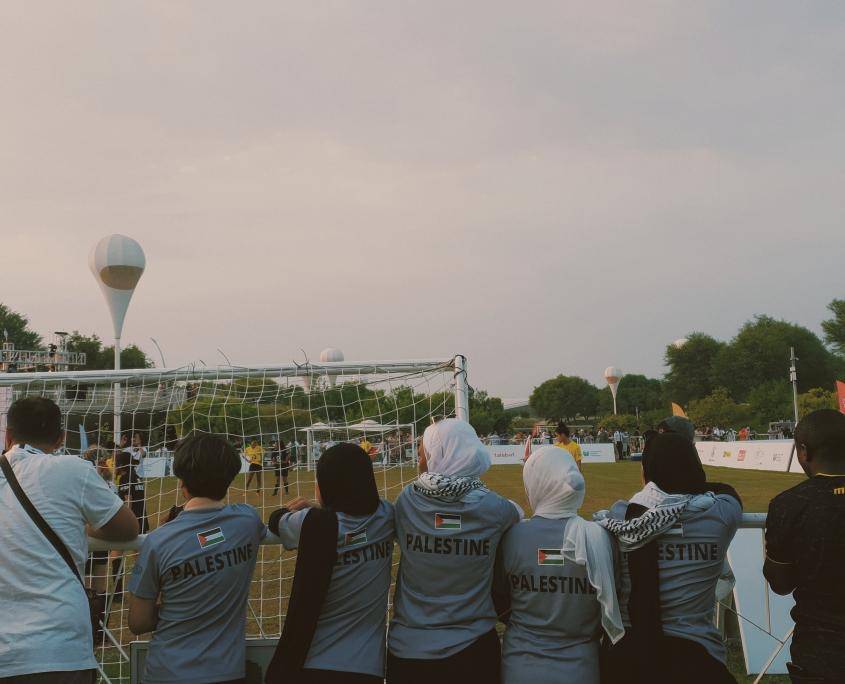