Mahboobeh Razavi is an Iranian football coach. As part of the GOALS program, Mahboobeh shared her story of  being the only girl playing football in her Iranian county, her coaching career in Qatar, and her ambitions for the future.

*All photos featured in this article were taken by Mahboobeh Razavi 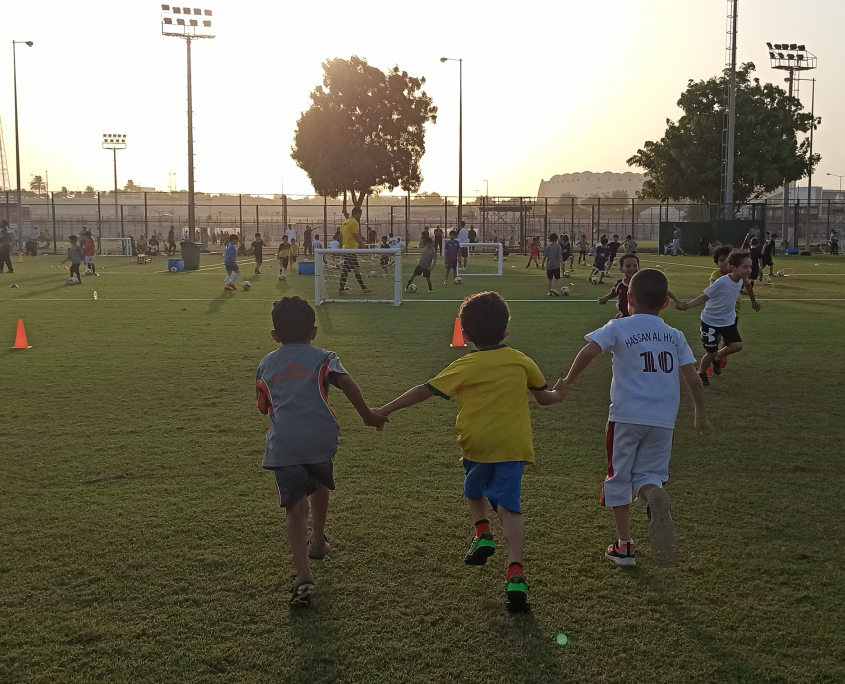 My name is Mahboobeh Razavi, I was born and raised in Iran and am a football coach. Iran has significantly impacted the world through art, poetry, science, philosophy, and medicine. I grew up in Shiraz, which is famous for its hospitality, having the greatest poets like Saadi and Hafiz, and was a central area for Persian civilization.

When I was a kid, I lived in a small county called Kawar, where I was the only girl interested in football. It was so weird, and it was like moving against the crowd. My cousins and I used to play football in my grandfather’s yard and sometimes I would be punished by some of my relatives because of playing with boys as the only girl. However, I was lucky that I received big support from my father and mother.

I remember my uncle saying: “Mahboobeh plays football like a boy, she dribbles and her shot is powerful”.

This attitude was a stimulant for me, to push myself forward, work harder, and take football more seriously. This has shaped who I am as a player and as a person.

As a player, I felt the power of positive thinking deep down in my heart. Our thoughts create reality. We must believe we can win, and then there must be unity, hard work, and belief in our power.

After school, I would rush home to watch English and Italian football leagues, watching amazing players like David Beckham, Ruud Van Nistelrooy, and Francesco Totti. My hero, however, was Sir Alex Ferguson; he managed Manchester United for such a long time at such a high level. 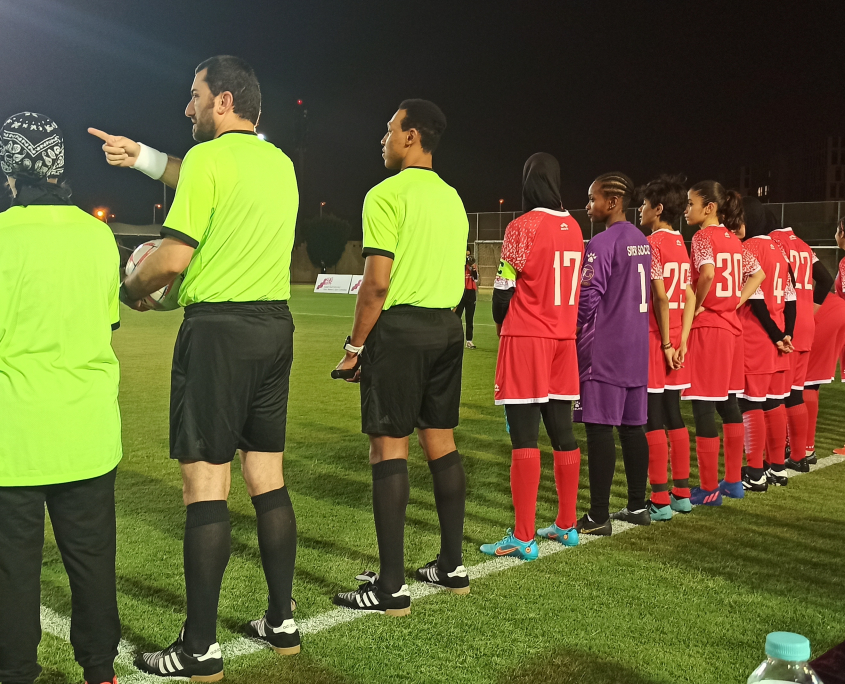 I try to be humble, kind, and a friend to my players. I want to inspire them to be a family together. Responsibility, discipline, and hard work are values for life. Coaching does not stop at the field, coaching influences our lives.

I was head coach of Shiraz University’s futsal team. I had two players who played very well, but I suggested they start attending referee courses – a few months before I stopped coaching the team and moved abroad.

Six years later, one of them – Sahar Bibak – refereed the CAFA U18 Women’s Championship 2022 as her first international experience.

The other – Farzaneh Mehboodi – is trying to be an international referee in futsal. They always remind me of the day I suggested they start a refereeing course and how I encouraged them to walk on this pathway.

As a coach, motivation is fundamental. I had a talented player, Fatemeh, in my team who everyone knew as she was playing with the national team. In one particular game, I could tell that she was distracted and she was not reaching her levels. The team was about to lose and I knew she could give so much more. At halftime, I tapped her on the shoulder and said:

“Fatemeh, you know what I’ve heard? All the fans are saying is that girl Fatemeh, who everyone says is talented and plays well? We did not see anything special from her.”

She kept quiet, but she scored three goals during the second half, and we won the match. A coach learns how and when to motivate.

As a coach, it is also important to be realistic. Not all players will be Messi or Ronaldo. I coach my players to be rational, focus on their strengths, and avoid focusing on weaknesses.

The wonderful thing about football is that everyone who plays has a role in the team, and each role complements the team. 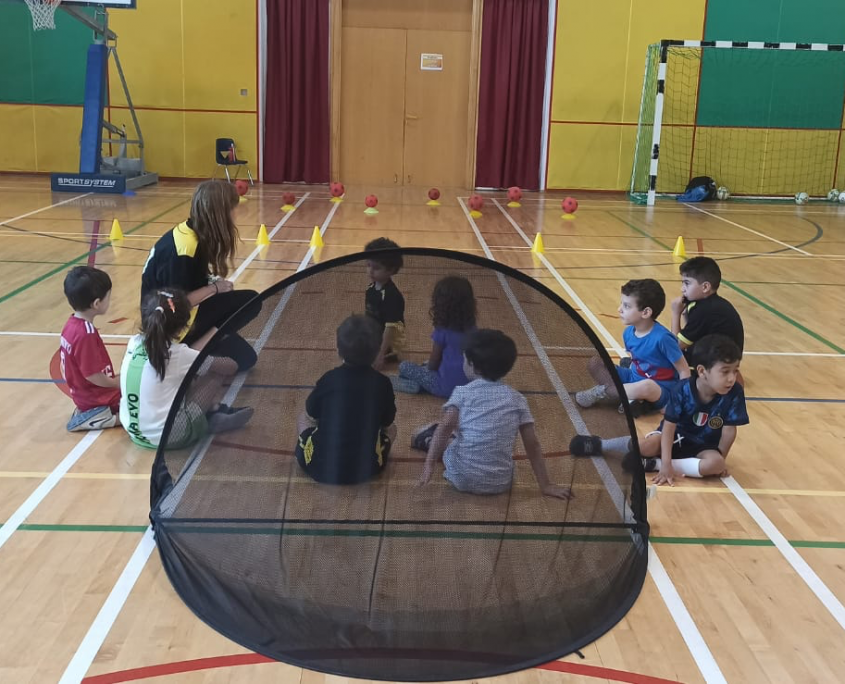 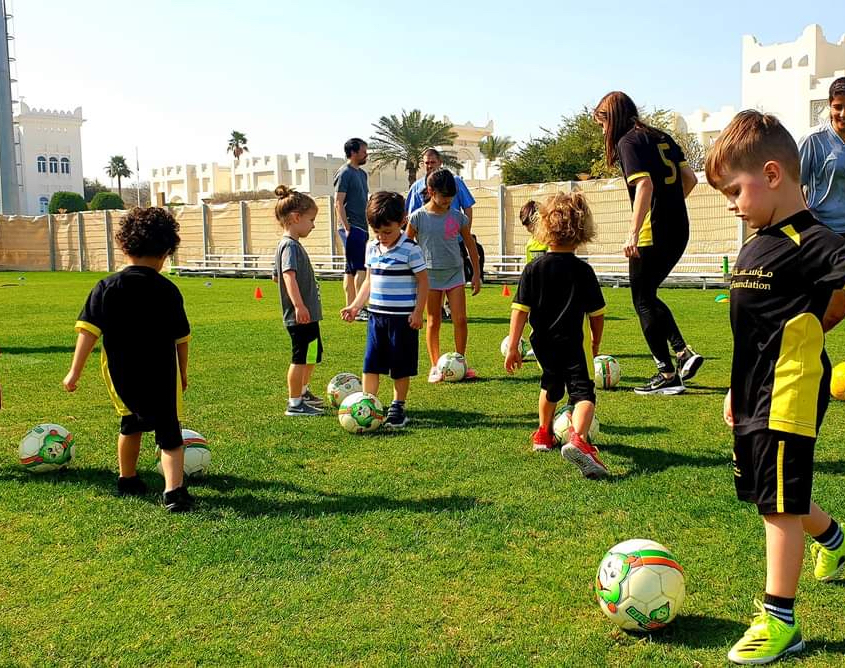 In 2020, I moved to Qatar to study my MSc in Exercise Science at Hamad Bin Khalifa University (HBKU). I currently coach a boys Under 8 team at Qatar Sports Club, and a girls and boys Under 7 group in Future Sports Academy. I was coaching and playing for Sportslab, a female academy, and also played for HBKU and coached at Elite Academy.

Qatar has been the most valuable experience in my life. I do not feel that I am living outside of my own country! This is the most valuable thing a foreigner could say while living abroad. The football culture here is so full of energy, I play in football tournaments that show how much people and especially girls love to play football!

Their talent is so potent, and there is a bright future ahead for them. The FIFA World Cup will affect the future of women’s football in Qatar. Qatari girls really love football and this is a platform for them.

Qatari girls have so much potential in football, especially to play at the international level. It is a new journey for them and there needs to be more inclusivity in football and futsal.

Building the foundation of football culture for girls takes time.

I would like to see regular schedules and regular tournaments for different age groups. The girls I coach often do not know when their next tournament will be. Because of this, some of them lose interest and stop training, this stops their progress. Having regular matches at different levels would keep them motivated. When tournaments start without giving players enough time for preparation, players get injured.

There is also a lack of financial support – no place for regular training and no sponsorship. Sponsors do not see as much benefit in supporting girls. Family expectations are another issue. Some very talented players stop training because their parents are not happy with them playing football.

I have seen a lot of changes even in the past two years. Women’s players used to have one tournament each year. But during the last year we had more than 10 tournaments for women of different ages, from local to international level.

There is still a lot to do. After the World Cup I would like to see more promotion of gender equality. Many women still need to pay to play. To be professional they need the same support as men regarding facilities, sponsorship, a regular league, and more attention.

However, I will never forget my time in Education City. Everywhere you turn, you can find a pleasant and safe place to do physical activity.

I have always dreamed of attending the World Cup, and now I live in the country that will host it. As a volunteer, I have been impressed with how Qatar is organizing everything. This was evident during the opening and closing ceremonies of the FIFA Arab Cup 2021.