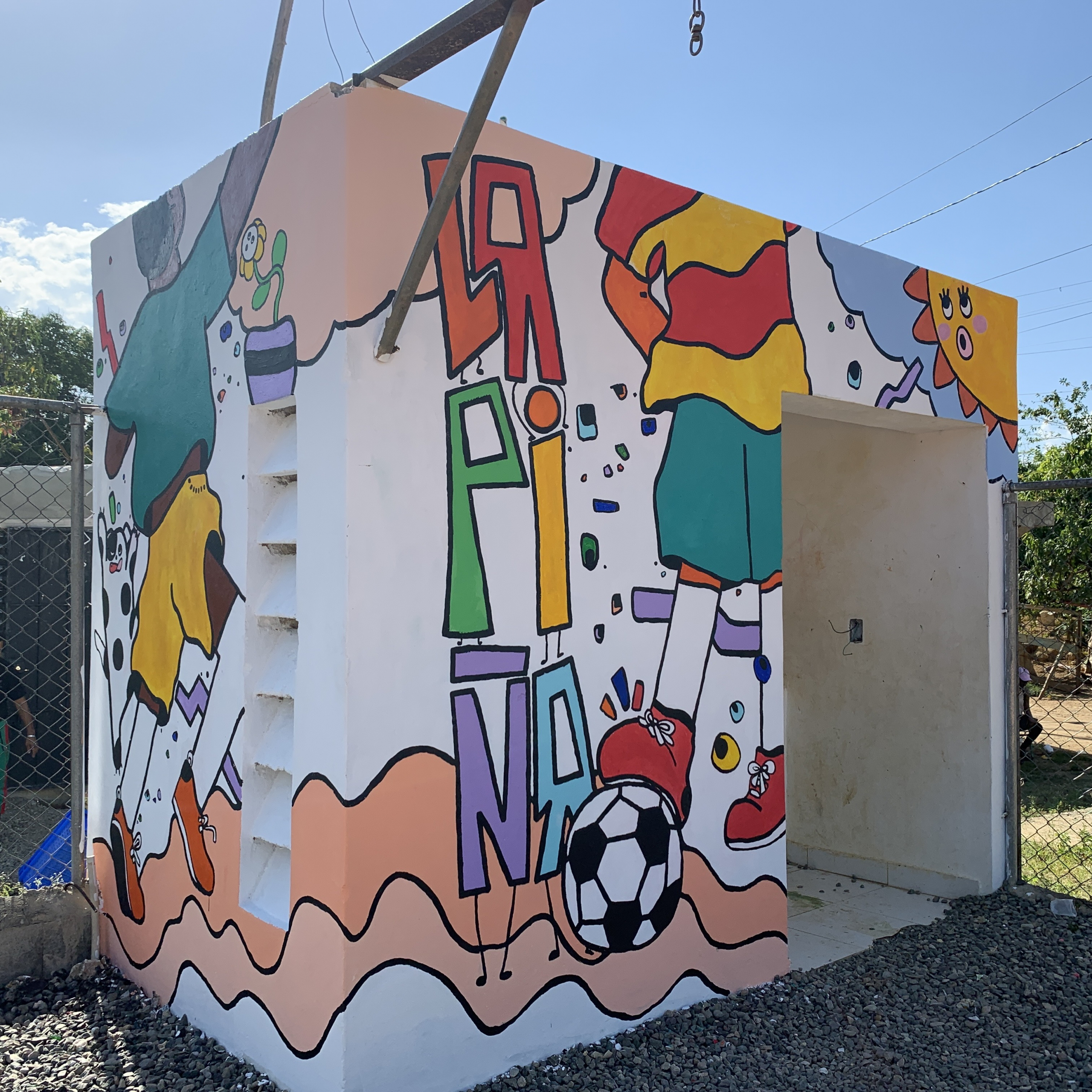 This month in La Piña community, in Santo Domingo Oeste, Dominican Republic, we celebrated the 2nd year Anniversary of the sports field and program. The program which was made possible by Love.fútbol had started with such promise, but was inescapably interrupted by the pandemic and its impact on the community. The field was a lifeline for the children to escape and just play. However, the wear and tear had become too much.

So the Sports Creative teamed up with the community for a Community Action Day to relaunch the field!

The objective was to repaint the field and its surroundings and replace the basketball backboards. For two full days the community got together to bring the field back to life with a new vibrant outlook. What a cool way to relaunch the program!

Like many underserved communities in the DR, the pandemics secondary impact on La Piña was devastating. High unemployment, interrupted education, increased anxiety levels, and general desperation at a lack of food and basic services. During this time, the field served as a vital escape for children of the community. This vital escape saw constant use without any management of maintenance leading to the deterioration of the field.

The Sports Creative was in constant consultation with the Local Advisory Group (local volunteers in the community) and agreed on a renovation. Led by Program Manager Lisbeth Custodio, the Sports Creative teamed up with two graphic designers to create a mural on the changing rooms and bleachers in the field.

In addition the team repainted the field and added basketball boards. 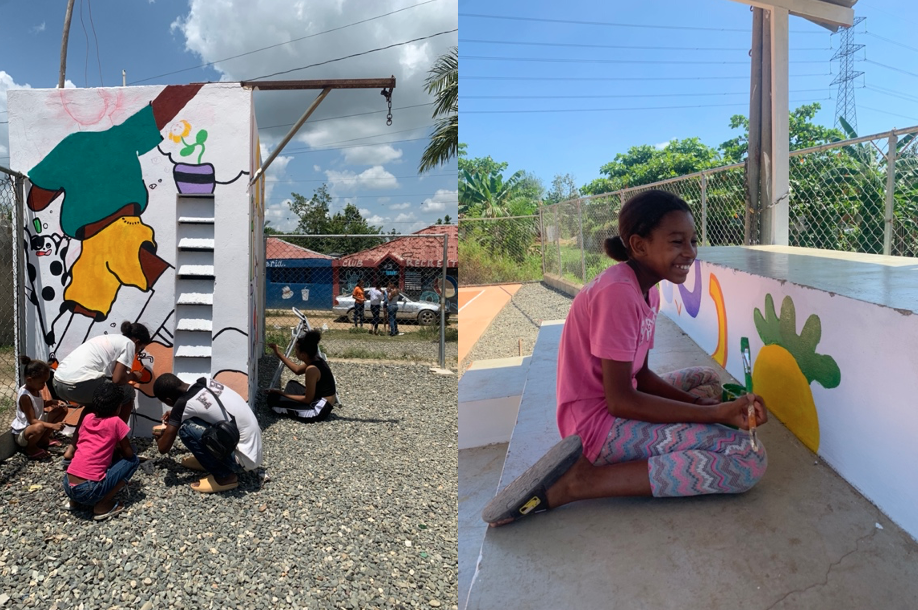 “Play was a lifeline for this community during the pandemic, the deterioration of the field is a sign of success. We’re proud to relaunch the field with and for the community so the play can continue on. It was a real team effort, in total we have over 40 volunteers from ages 4 to 60!”

‘The field now feels like a very creative space’ 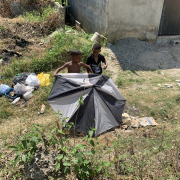 La Piña is an underserved community located in San Luis, Santo Domingo Este, Dominican Republic, It’s made up of informal housing. Largely consisting of Haitian immigrants the community suffers from overcrowding, lack of street lighting and a lack of facilities for children to play.

The sports program was launched by The Sports Creative in 2019, in partnership with Love.Fútbol and, local organization, TECHO. Since its launch, +60 children and young people attend weekly sessions of volleyball, basketball, soccer and/or boxing.